The Kitchen Party
A Leicester Bridal Shower for Charli

The bridal shower for Charli was held at Create Studios, Leicester on Saturday the 30th August 2017.  This was a great night for Charli. As a bridal shower it was well organised and with some good surprises with all the right emotions.

The theme was a ‘Kitchen Party’.  Loosely tailored, around the Zambian tradition, which consists of an all-female guest list, helping to prepare the bride-to-be for her new life.  Guests shower her with gifts for her new kitchen and advice.  For Charli, her invited guests were relatives and friends. With just 7 days before the wedding there was a lot of excitement.   Charli arrived and was brought in under a cover.  The video below, taps into the reveal and atmosphere.  Throughout the evening there were personal greetings via video from across the ocean and from friends who couldn’t make it.  Childhood pictures and memories via slideshow and a surprise visit from Sherlon, her groom-to-be!  Games were arranged, dances performed and some live music.  It was great to film and I loved shooting the bridal shower guests using my mobile portrait setup.  The pictures really capture the buzz and laughter of the evening. 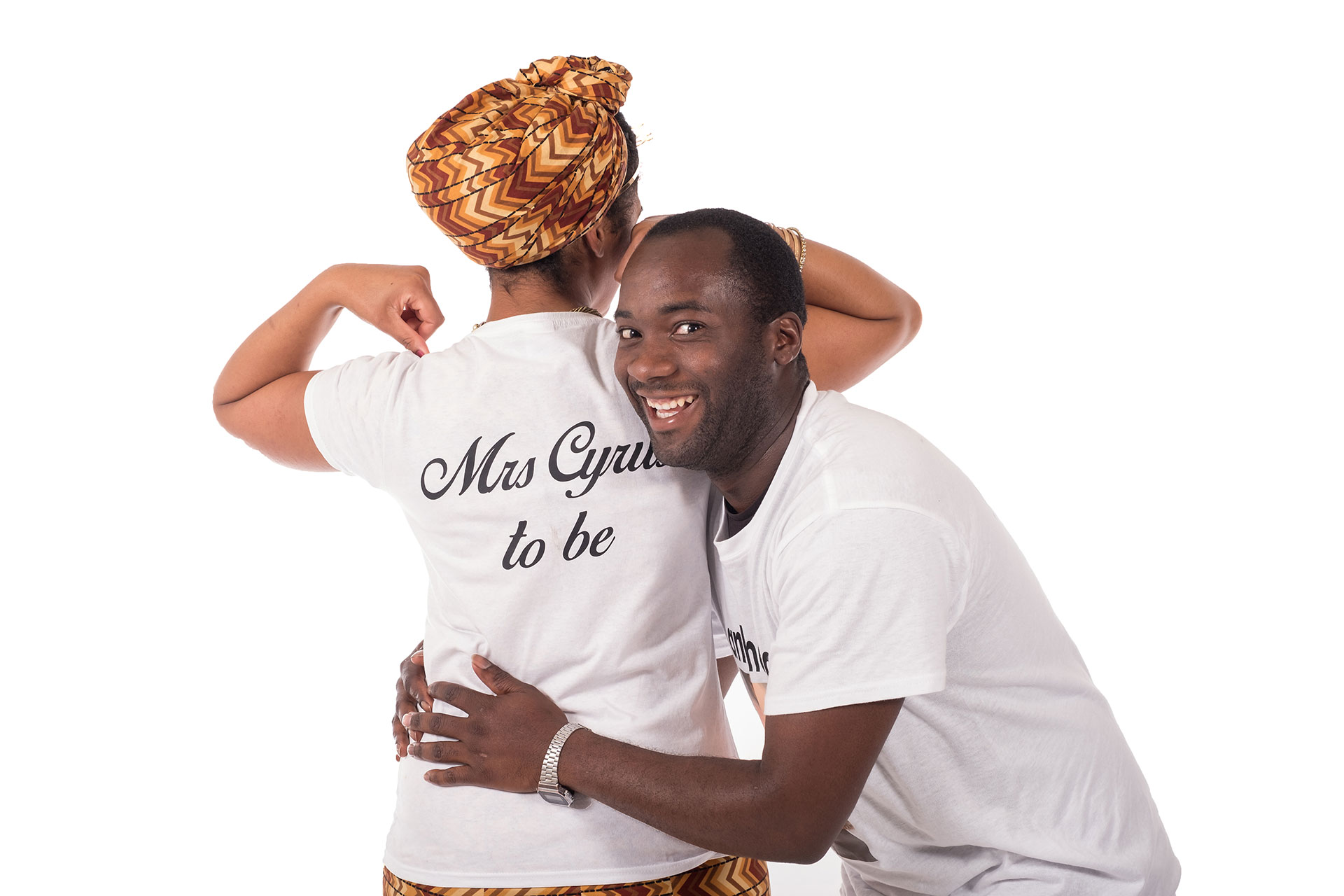 I agreed to shoot the video for free, as video is not normal for me but something I wanted to do as a personal project.  I had previously shot short video using my Canon 5d mk11’s but not on the Fuji mirrorless bodies I now use.  My X-Pro2 shoots 1080 HD and my X-T2, 4k.  My X-Pro2 was on a tripod and X-T2 handheld.   Sound was picked up on a Rode videomic attached to my X-Pro2 and the on-camera mic was used on the X-T2.   I edited the bridal shower and compiled the final video version in Photoshop, using music, from Triple Scoop and a live performance by some guests on the night.

In hindsight I realised I had made some rookie mistakes.

For future I intend to purchase a separate audio recording set that I can use for the master audio.   Of course I need to show more self-control with my own enjoyment!  But a separate audio set will prevent my chuckles coming through if I fail and also give me greater sound quality throughout.  Additionally, I have created a last minute checklist for myself in terms of ideal video settings, as my automatic thoughts are for photography and there is a difference in shooting.  Definitely a rookie learning experience that hindered the final polished version I was hoping to produce.  Finally, I do actually have a Neewer camera stabilizer, which I bought with me.  Why I didn’t make use of it, I can’t tell you!  But I will next time!


Editing in Photoshop can be a challenge as each time the .PSD is saved the video timeline is compressed and any .jpeg image display times, shorten.  Also if you configure the timeline and amend earlier bits of video, by removing and inserting new video frames, it knocks the rest of your amendments out of sync – even if the replacement frame is the exact same size.    This makes it quite frustrating especially when your working with large files with lots of cross fading or synchronised audio.   My recommendation is to be very certain with your introductory story telling and try and avoid having to redo it.  Right first time attitude.  Another vital lesson.

All in all however the bridal shower was a fantastic night and hopefully the video is a good documentary of the evening and captures this special and creative event well.  I look forward to shooting more of these!  Use my contact list if you wish to enquire on something similar for your event.   Feel free to leave a comment below.


More information on Bridal Showers, can be found by googling Kitchen Tea or Kitchen Parties.