Abigail and Oscar
“this is US”

Couple Shoot Mailbox Birmingham – Abigail and Oscar’s engagement shoot took place early March on a wet, miserable Saturday afternoon.  Having set the date for their wedding later in June, they were in search of some images to commemorate their engagement and use in the run up to the wedding.  After choosing canals and bridges as their preferred backdrop and we all being located centrally, we thought to do the couple shoot at Mailbox Birmingham.  With my wife assisting me, both of us as couples began to talk and we quickly realised we had a love for travel in common.  We discussed honeymoon destinations and interesting places to travel to and before long, it seemed as if we had known each other for longer then the short time we had spent shooting.  That’s exactly how I like these shoots to go.  Finding common ground tends to relax everyone and we got some great images as a result.

When we met, I ran through the basic prompts I customarily use for couples.  I love natural images and strive to ensure every shoot is as natural as possible.  Prompts however, give purpose to my subjects and are key to stopping couples feeling as if they ‘don’t know what to do’ and this of course is shown by their face and body language.   I like to use the hinge technique and as the weather was horrendous we probably had more closed hinged poses then usual.

Abigail and Oscar are both movie buffs and we were kindly given access to the Everyman Cinema which afforded us some respite from the rain.  This was a nice surprise and was totally unplanned, looking back some prior planning may have yielded some more creative shots.  We would have loved to have gone into one of the screenings but, it was a Saturday and quite busy.  Definitely something I will remember to investigate the next time I have a couple shoot at Mailbox!

SHOOTING AROUND THE MAILBOX

The wind added some drama to our images shooting down the side of the Cube.  It was a wind tunnel and ran riot with Abigail’s hair and skirt!  Venturing onto the bridge I had planned to shoot more images with the key locks and the Mailbox sign in the background but it was busier then I had hoped and the rain was heavy.    So we moved on to the cobbled stones along the canal, that runs down to the Birmingham Registrar Office.   The columns gave some moody interest to the shots here and I placed the couple in between them while using the Magsphere and Mag-grid to light them up.  Again, the rain wasn’t playing nice and I fought to keep the water off my lenses, albeit unsuccessfully.  Abigail and Oscar did really well as they were totally up for getting some images despite how wet things were.

Moving around to the Canal House we scouted for some cover and angles and then shot some images along the Brindley place canal.    The Malthouse was without it’s usual green leafy appearance and was actually a little bland looking.  Swiftly walking down the Old Canal Link out of Brindley Place, we settled  on taking some images around the locks there.  At this point the sun came out and started to warm us up and warm up the images.  Our wrap up shots turned out to be the iconic ones for the shoot and it was good seeing Abigail use one of these for her Hen weekend shortly afterwards.

After being together for 7 years, Abigail and Oscar will get married in June.  I really hope they have a great day, they were a joy to work with.  Both myself and my wife had a good time getting  to know them and taking these images despite the weather.

How do I feel about future couple shoots at the Mailbox?  I would definitely be fine shooting here again, I would however try and make this a dry, summer option!

More info on things to do in Birmingham featuring the Brindley Place Canal and networks can be found no the link for the Canal River Trust. 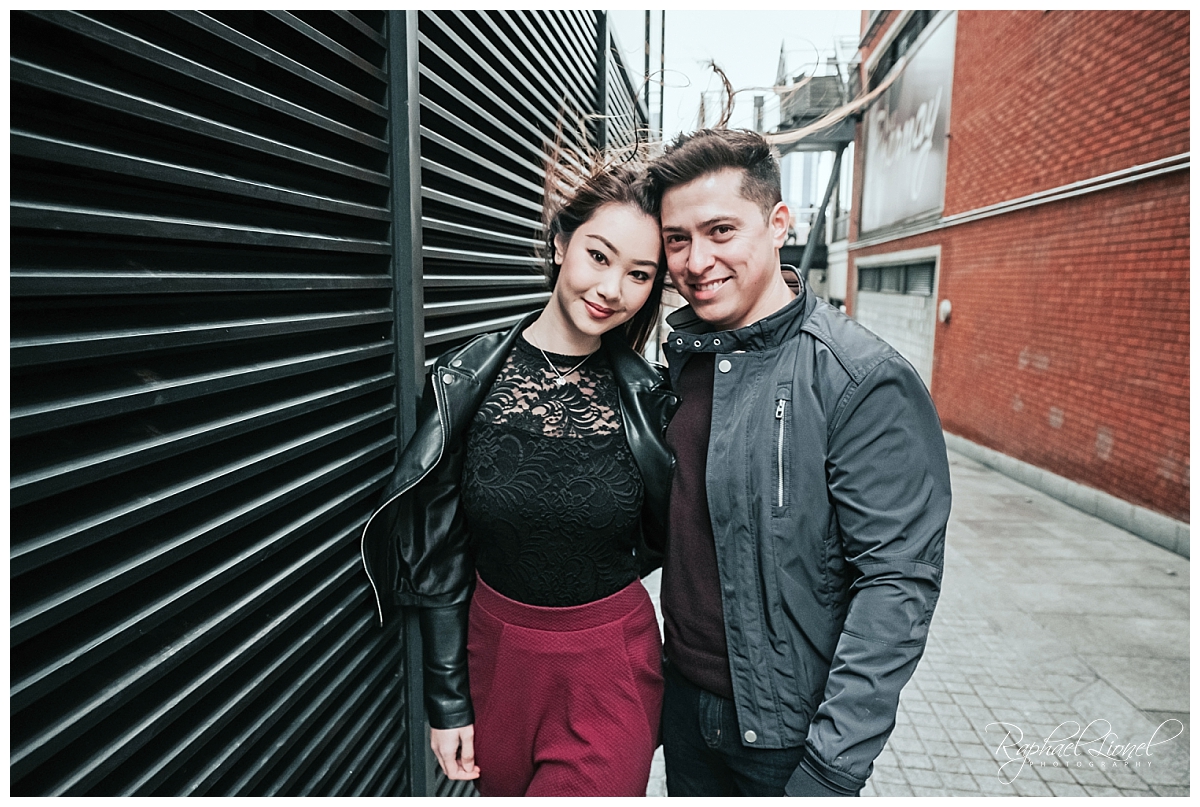 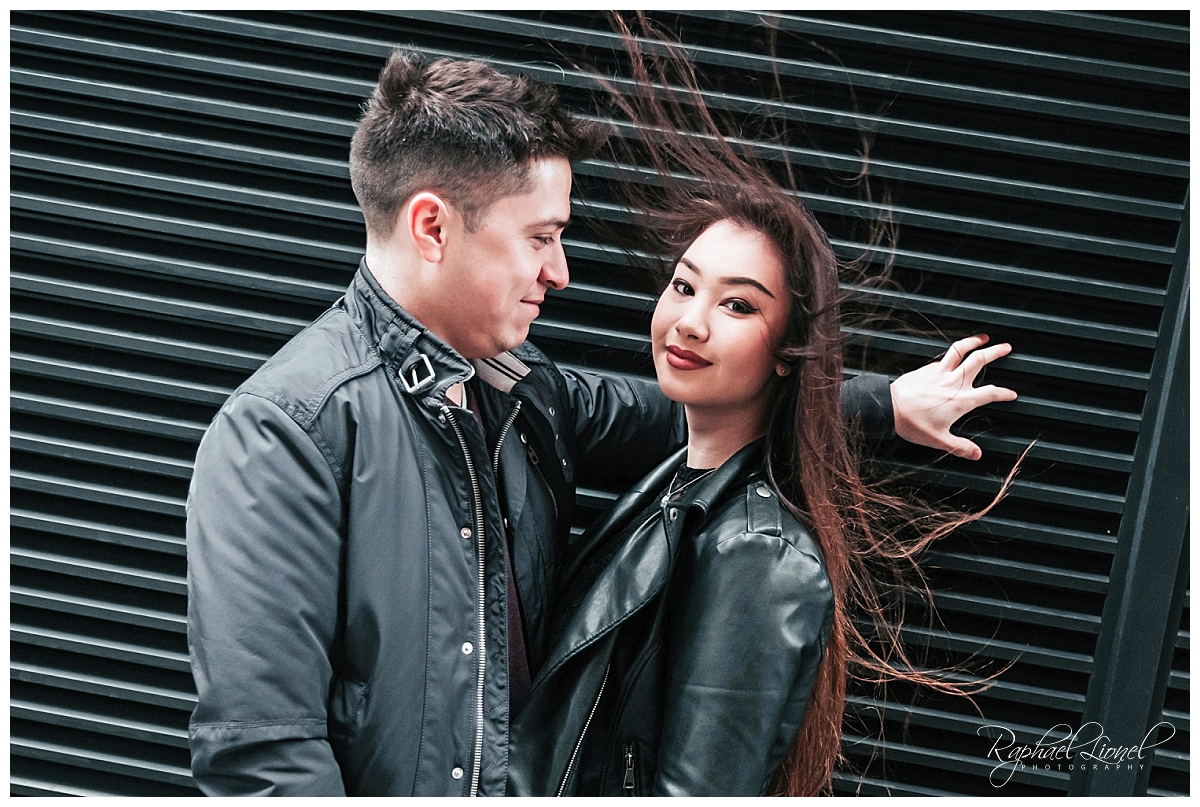 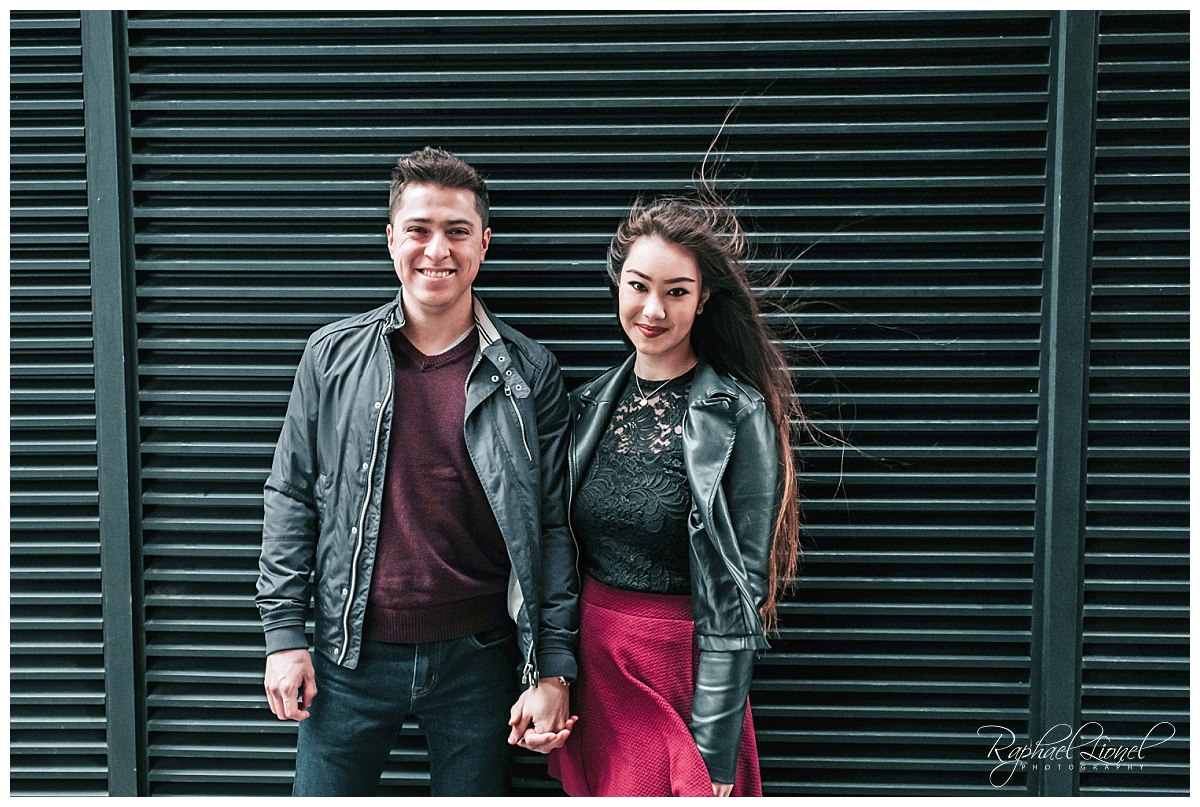 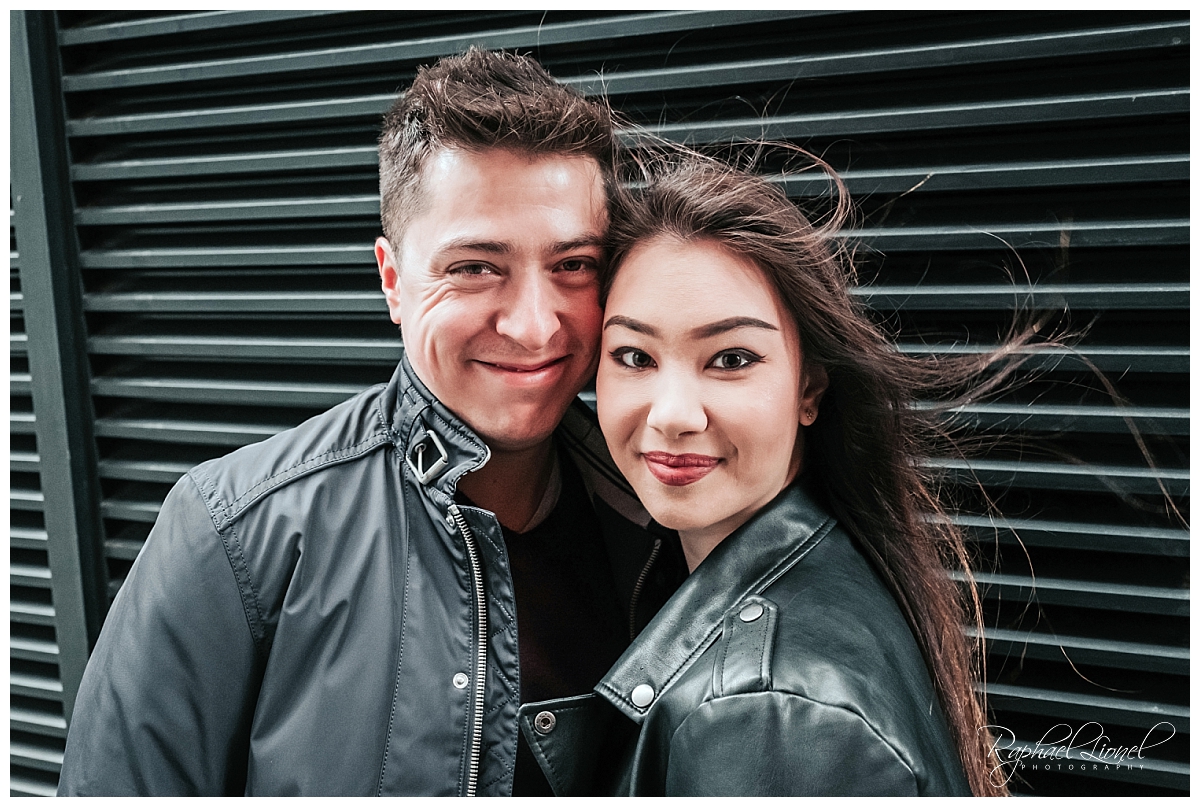 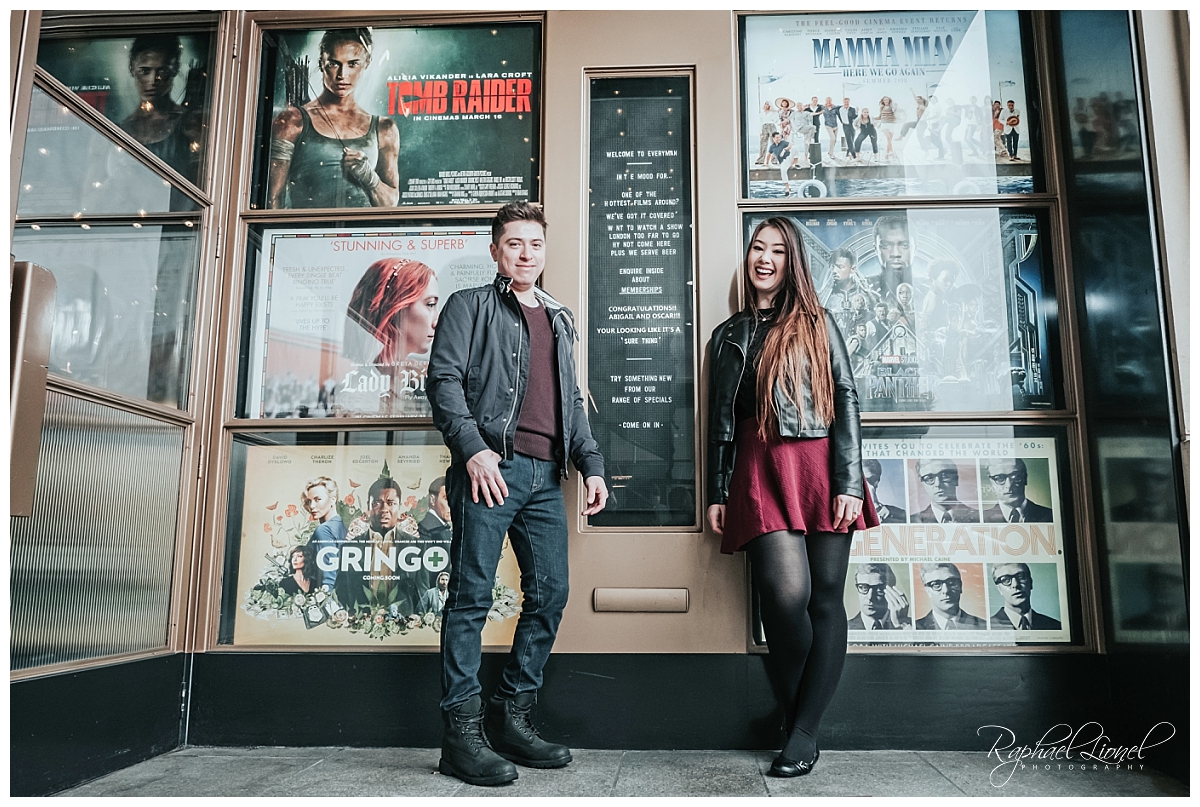 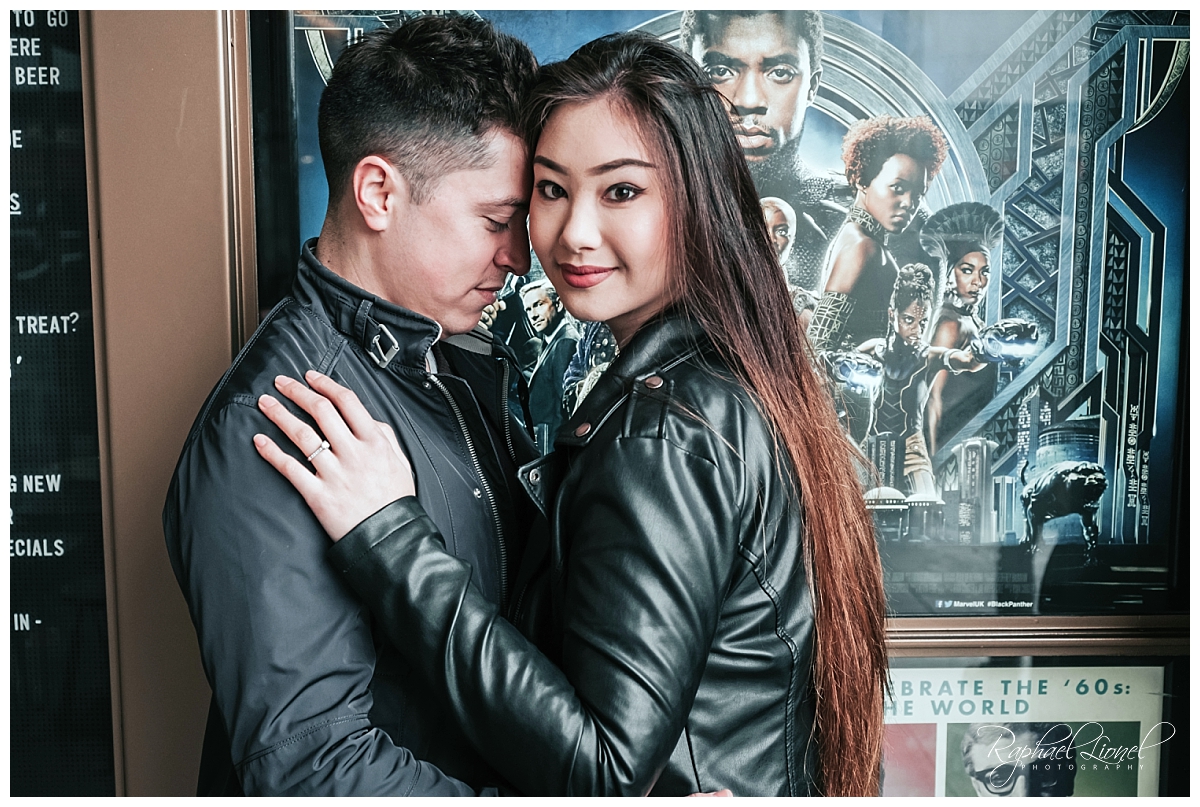 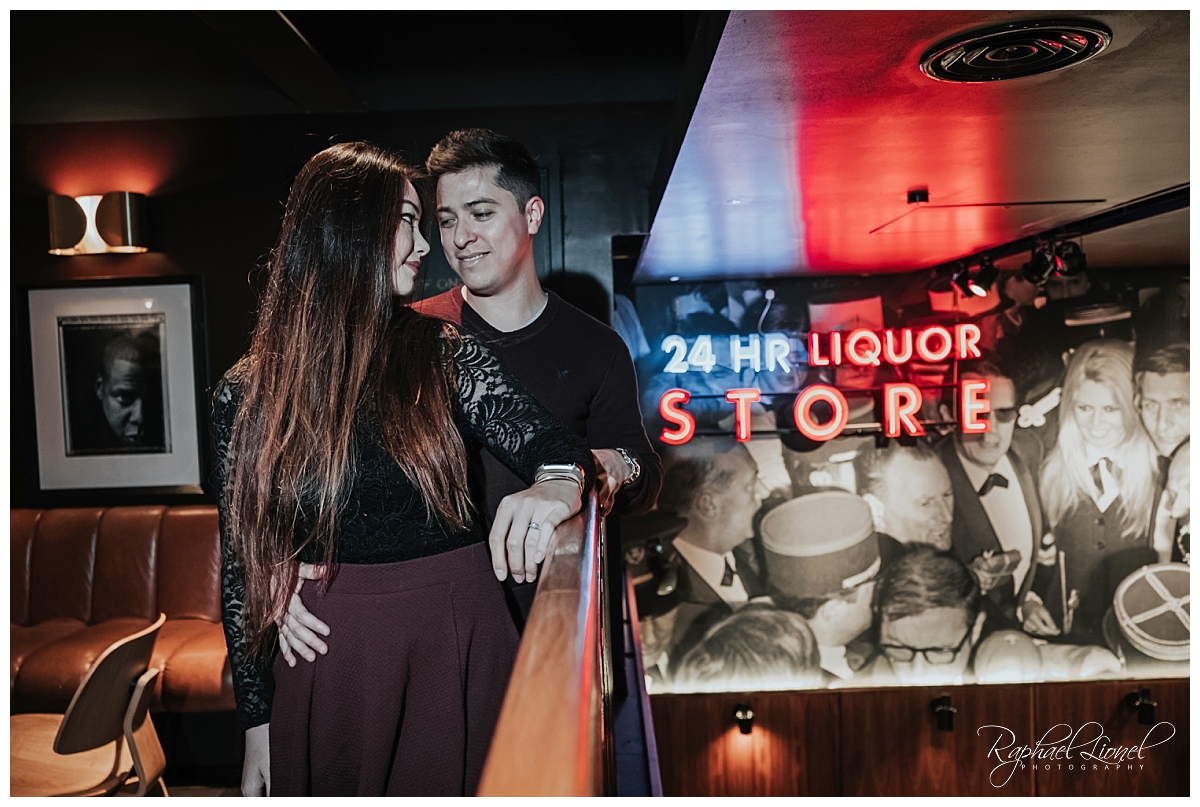 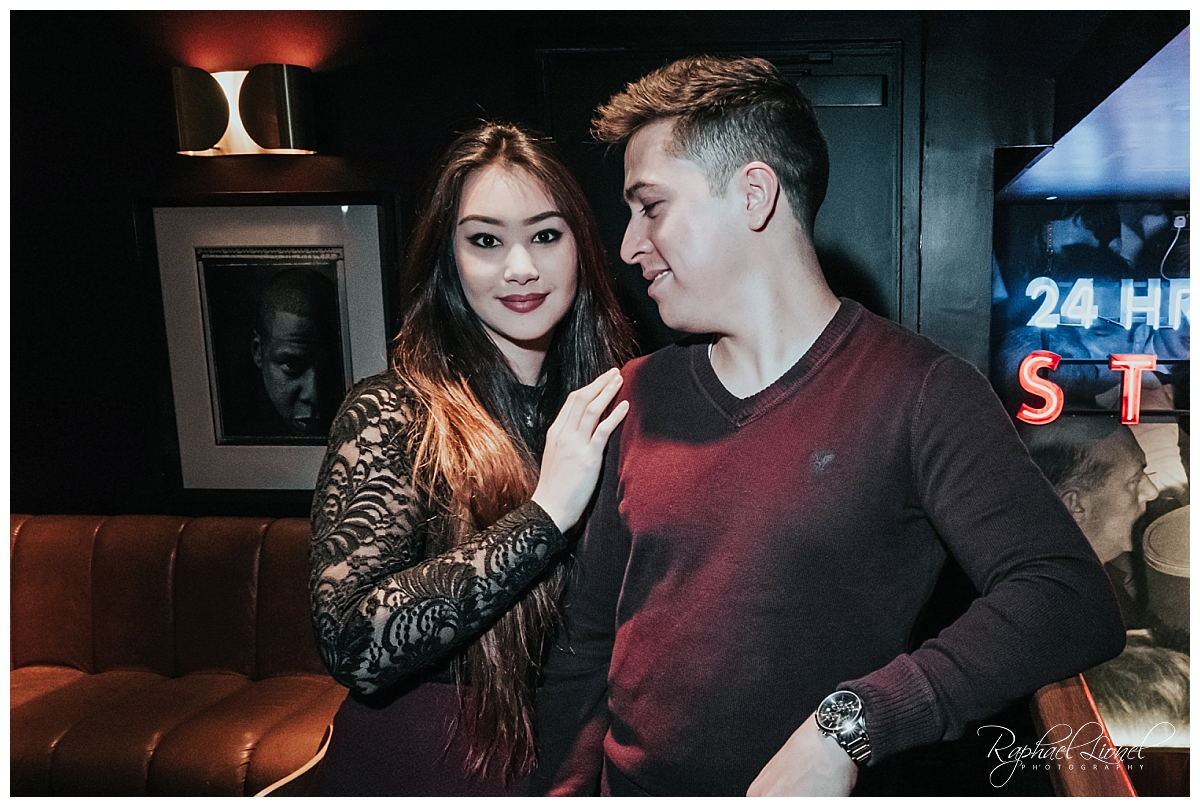 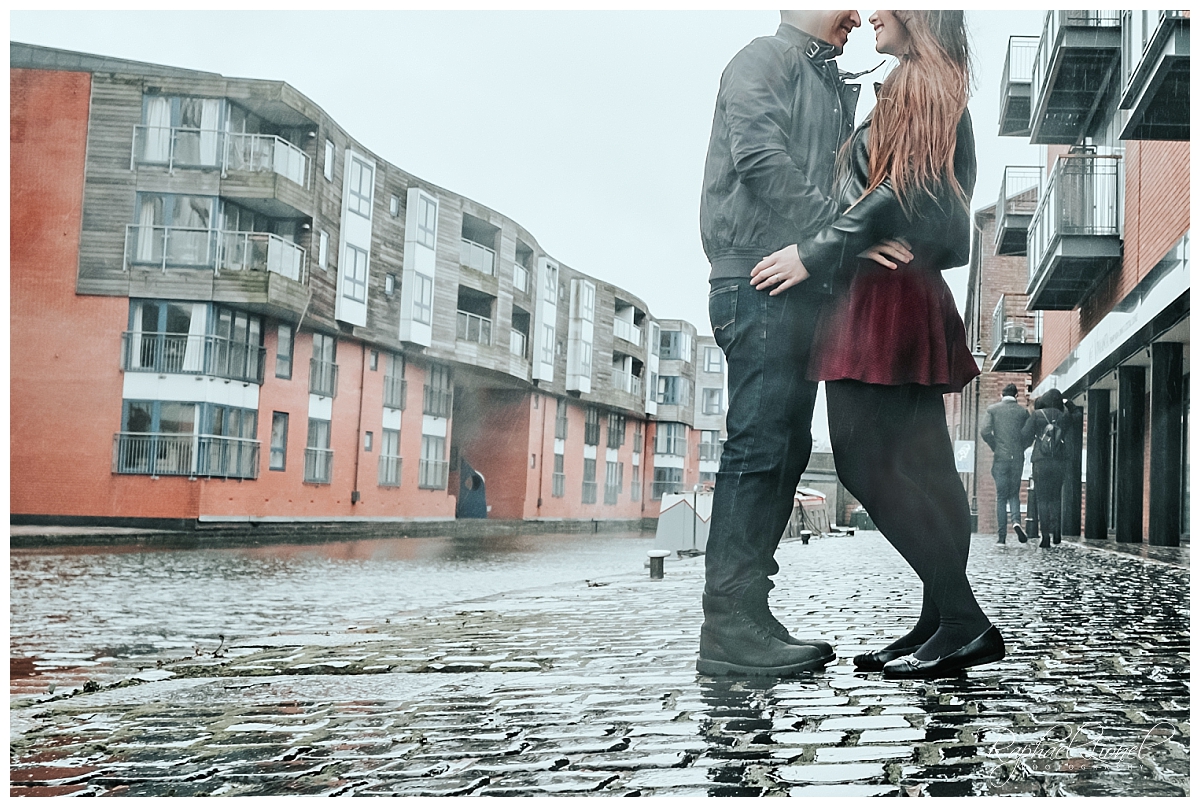 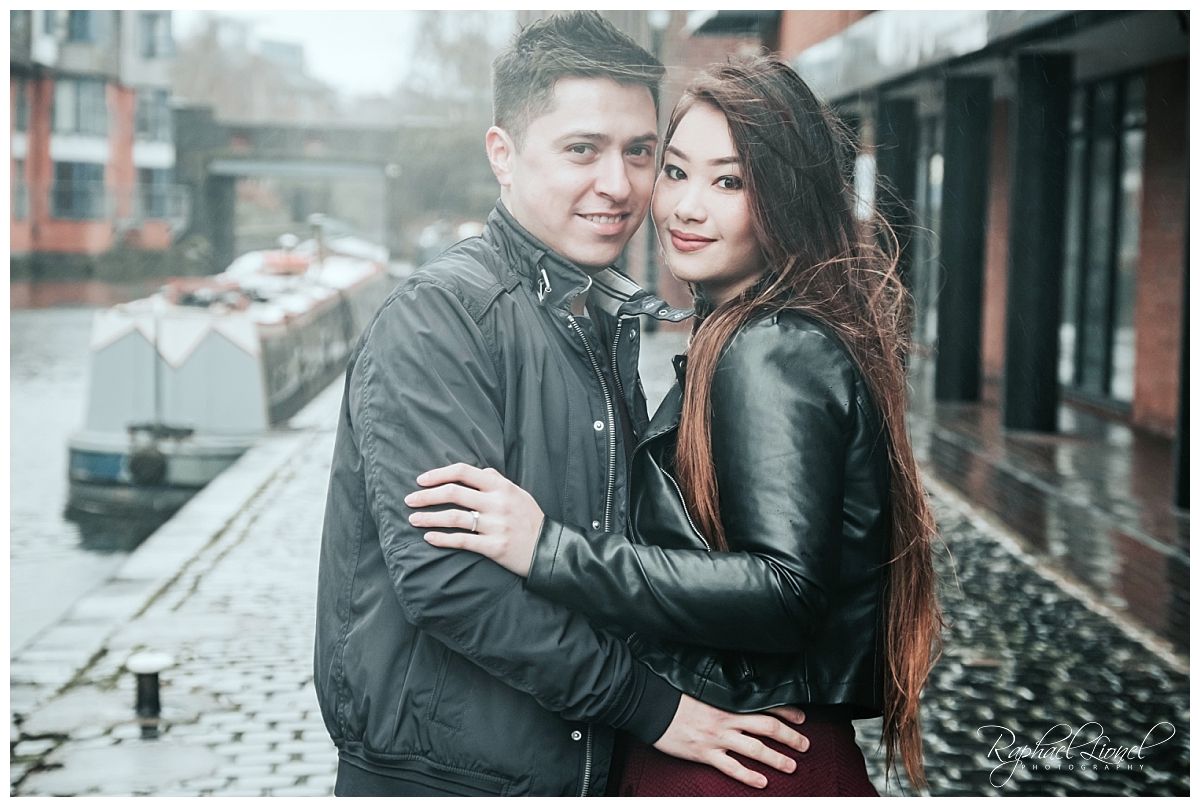 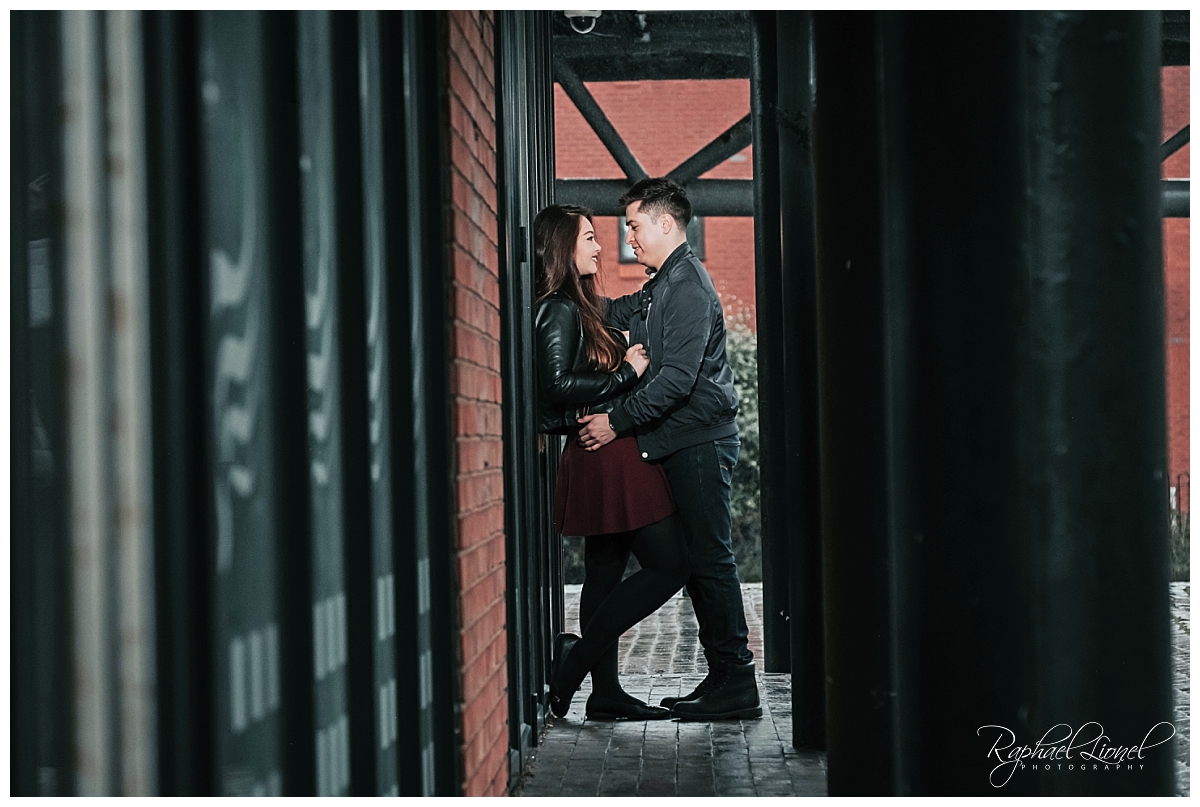 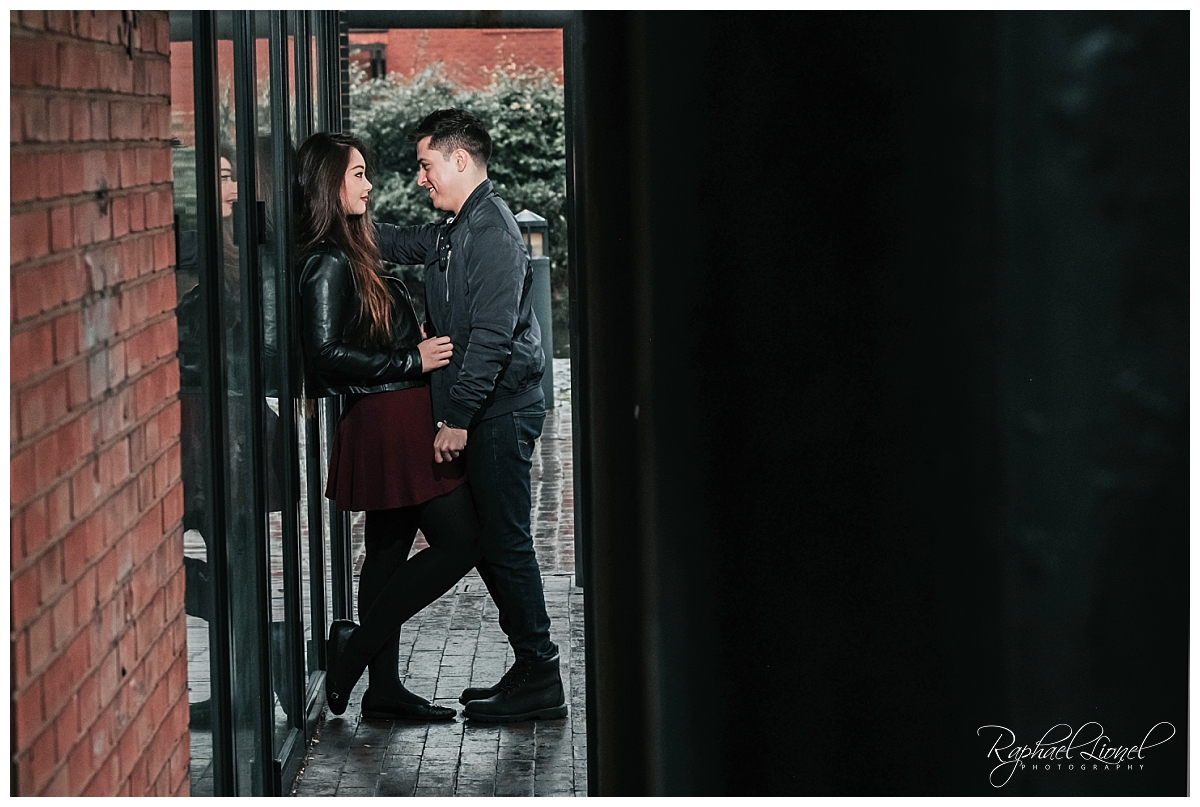 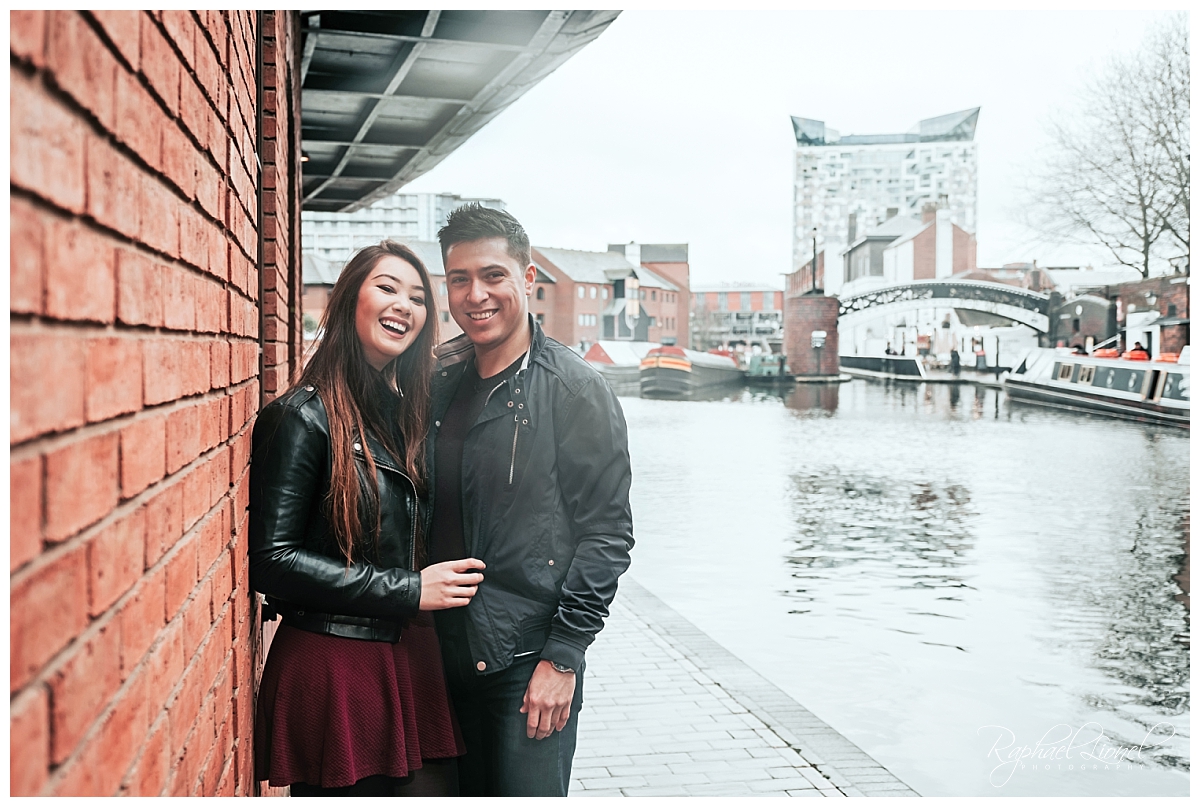 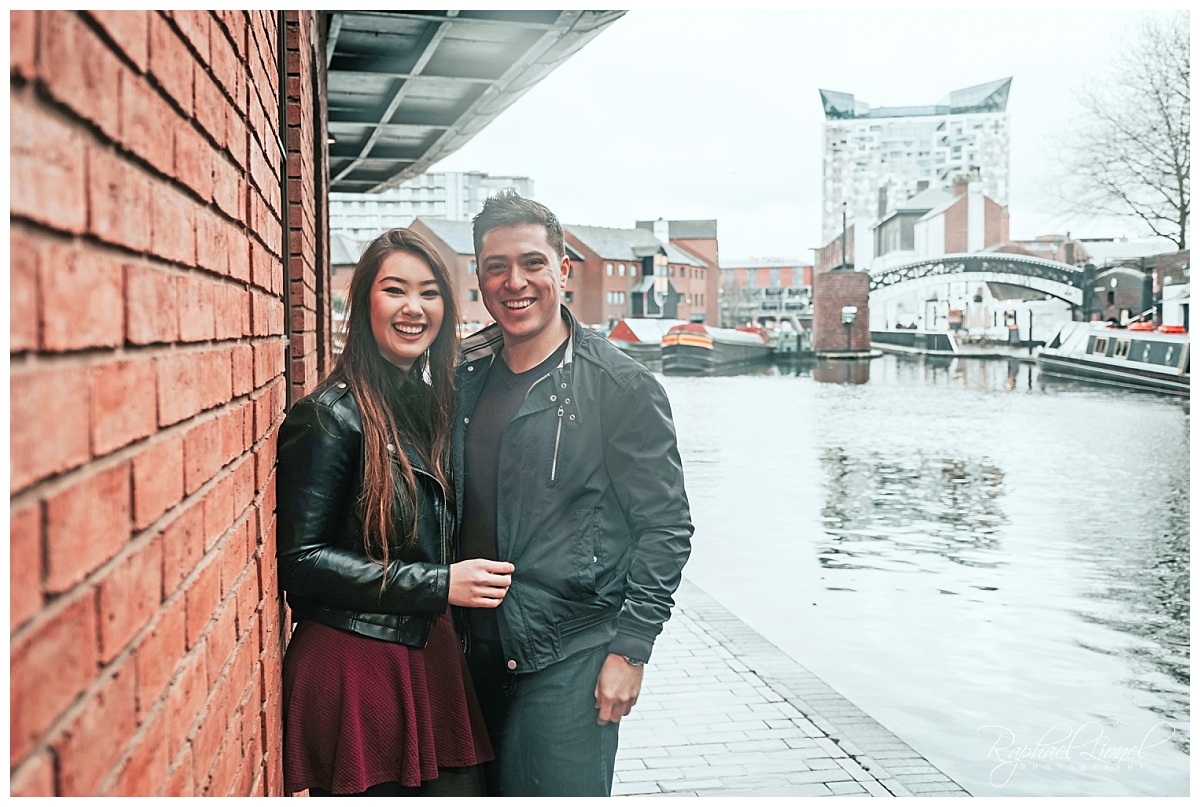 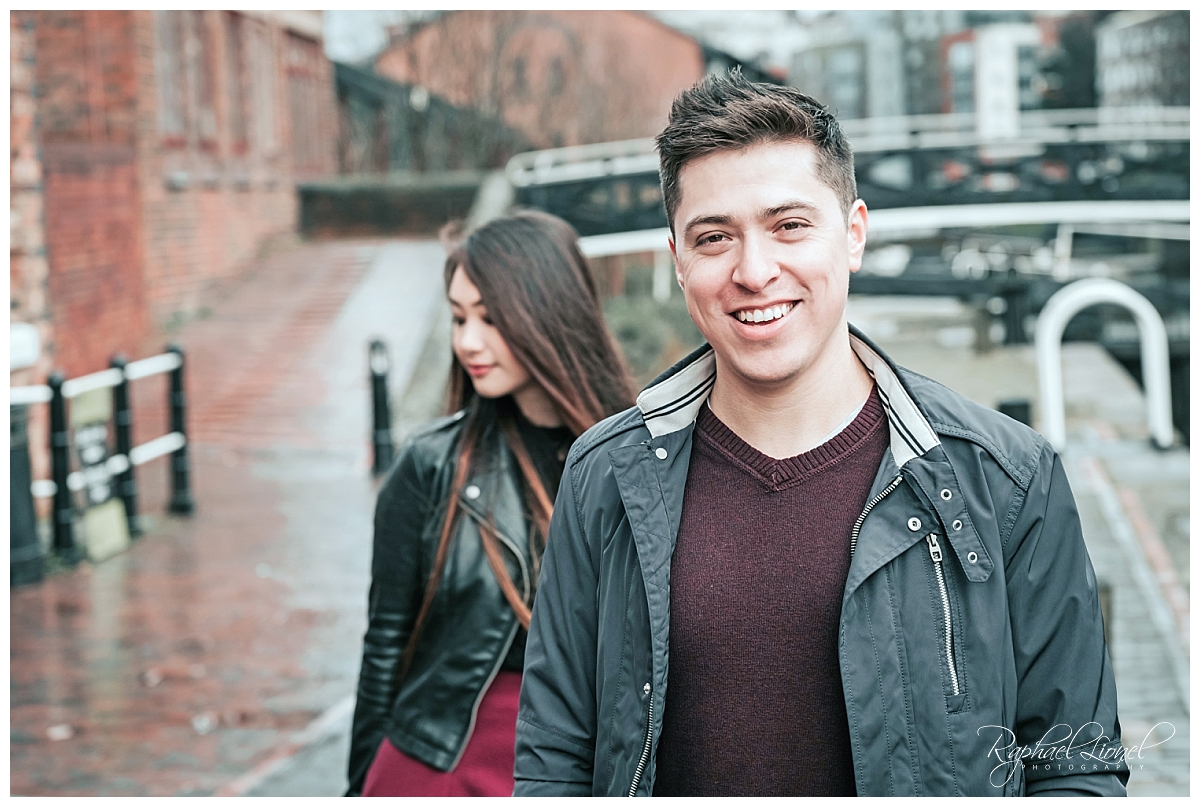 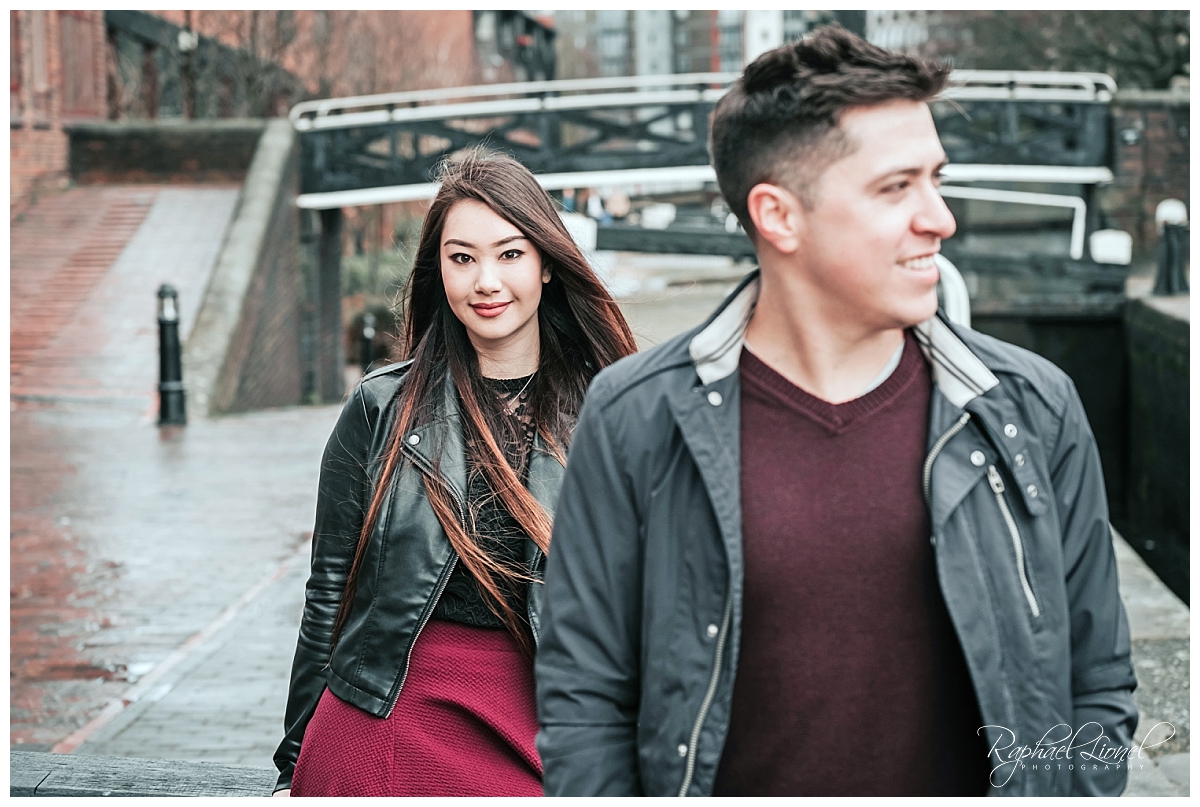 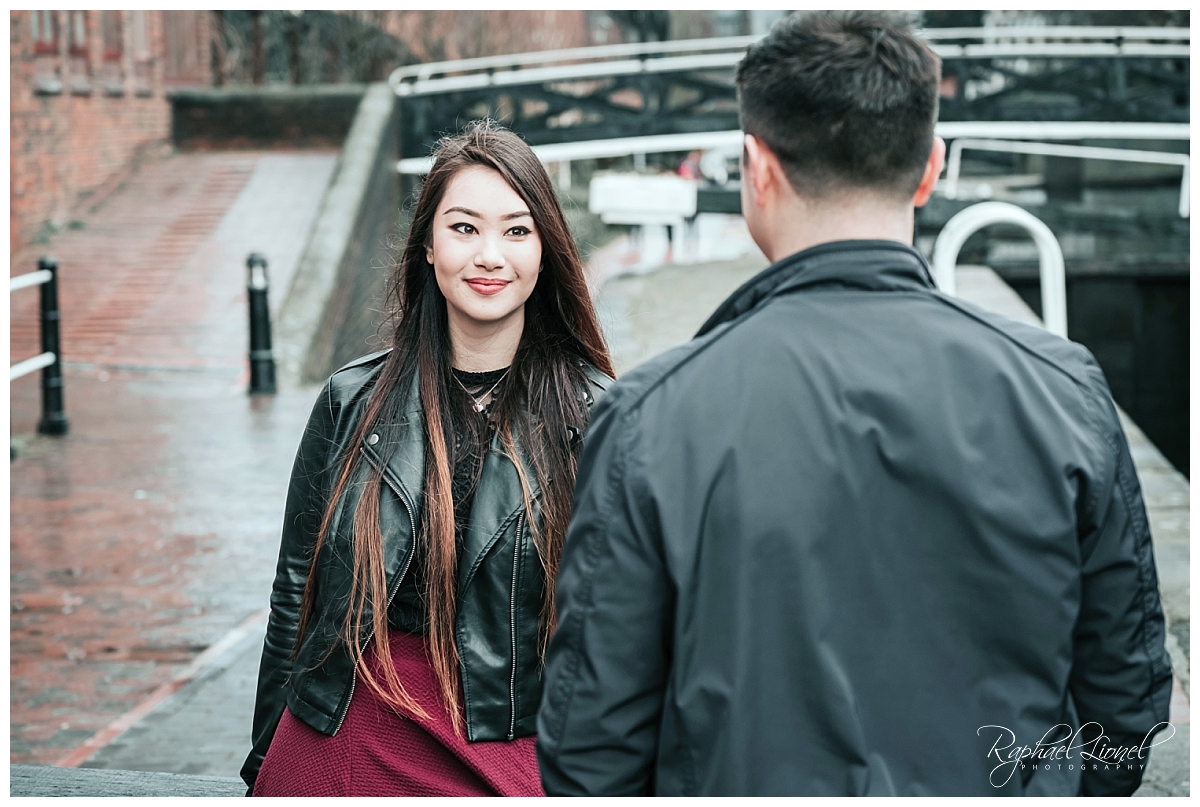 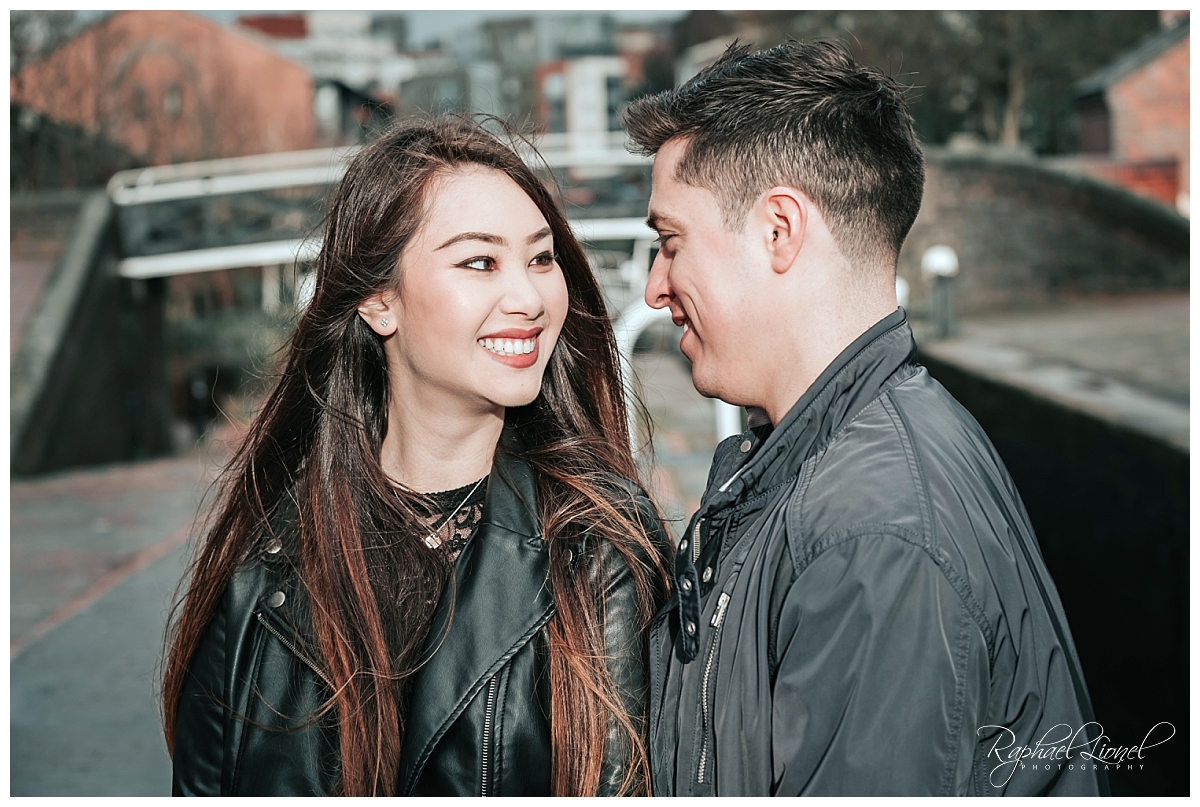 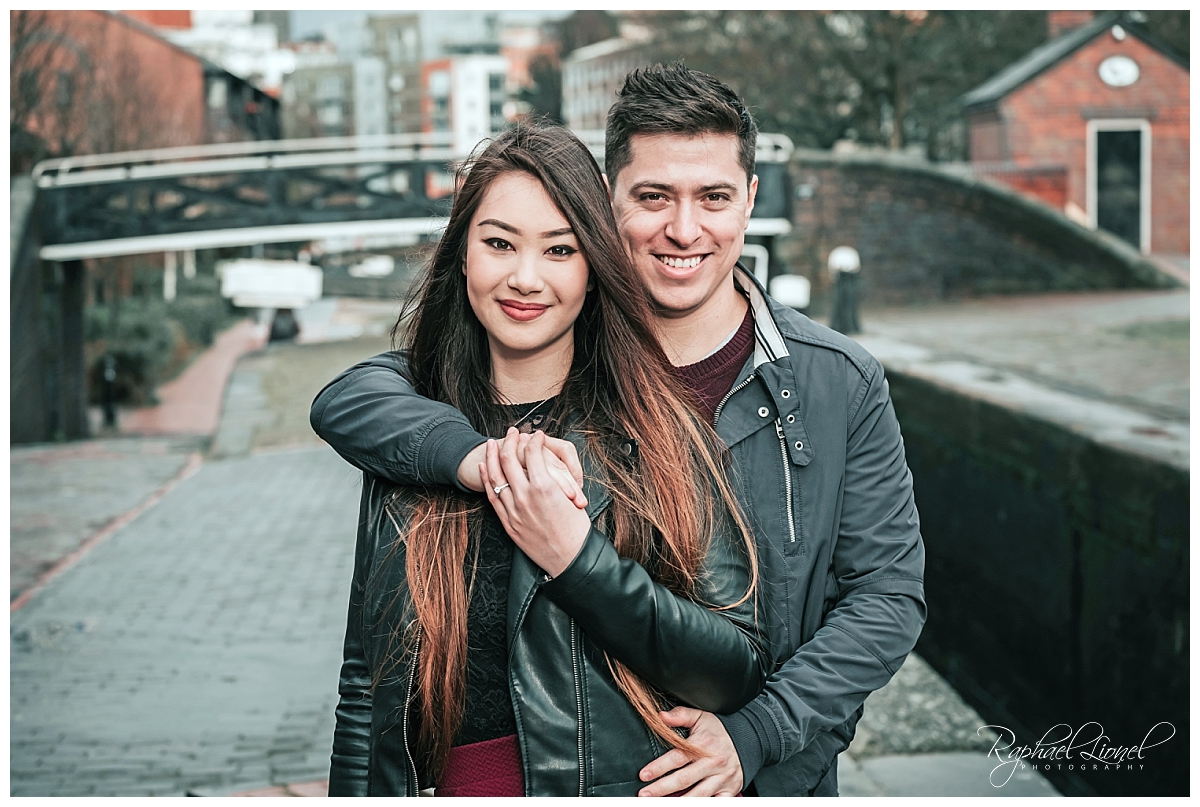 Engagement Shoots – “this is US”

Fancy a “this is US” Couples portraits shoot? They are great for pre-wedding shoots if not already included in your package,  engagement sessions or anniversaries.

Reach out to me if your interested in arranging a shoot for you and yours via my contact portraits enquiry page .