A Spring Wedding at the New Cobden Hotel Birmingham

A Spring Wedding at the New Cobden Hotel – Robert and Jackie

A spring wedding in April for Robert and Jackie came together wonderfully despite it being a month of showers and gales.

My day began capturing the groom’s arrival at the Kingdom Hall along with his greeting guests and family.  Whatever warmth was lacking as regards the climate there was none missing among the happy smiles and meaningful  hugs!

Jackie and her mother arrived on time and entered a Hall that was packed with expectant guests.  While the bridal party readied themselves for the walk down the aisle, Robert seemed relaxed but keen to see his intended.  A broad smile settled on his face when she walked towards him and stood at his side.  As the wedding sermon proceeded it was obvious how happy they both were.  They laughed and smirked at each other through the ceremony and likewise as they spoke their vows.

The signing of the register took place in the back room of the Hall, before the couple came out to congratulating embraces and kisses.  Thereafter, everyone moved into the Kingdom Hall car park for a big group photograph.  The bridal party then headed off to Handsworth Park.

A spring wedding in Handsworth Park

Robert and one of his ushers, young Shiloh showed off their triumphant ‘Bolt lighting pose’ on entrance to the park, a nice genuine mini-me moment!  The bridal party’s happy laughter and excitement echoed all around the park.

Locating an area for the group photographs was relatively easy.  I am a big fan of Handsworth park and find weddings there are great to shoot as there are so many spaces to choose from.  I really like moody skies which can be tricky to find in April, as we often get bland, cloudless grey cover.  For the photos over the lake however, I was happy we had a bit of contrast in the clouds which was almost what I had intended!

Canadian geese are a great feature to the park, but they can be a problem.  They are big, often aggressive and leave a huge amount of mess, which, with a trailing bridal gown can be tricky to navigate!  Jackie did well to pick up her dress and make her way through were the birds had been sitting.  I had stooped to shoot the couple with some of the birds in the foreground but wasn’t crouched too long, as those birds were eye-balling me at eye-level!

As we neared the weeping willows around the right hand side of the lake, the cold began to bite and poor Jackie was starting to feel it. To try and distract her, Rob began to tickle her, giving us some naturally unfolding moments which were just perfect to conclude the session and head off to the meal.

A spring wedding at the New Cobden Hotel

The wedding breakfast was held at the New Cobden Hotel on Hagley Road, Birmingham.  Following the meal, there was a song dedicated to them both and sung by Chris.  Then some touching and humorous speeches.  The best man, Jason whipped out a Chelsea team kit with Jackie’s name on the back which I know Rob loved!  No 1 for a ‘keeper’ position!  Craig, as master of ceremonies, had everyone creasing with laughter as he recapped on stories of a young Robert growing up and gave some choice anecdotes of his own marriage.

Next the bride and groom cut the cake and kicked off the party with a prepared dance routine. The big smile from the new bride during that dance, summed up the whole day!  The final back lit image  was taken in the garden of the hotel and was a great conclusion to a really, enjoyable spring wedding.

As stated previously, April is known for being a cold, wet month.  Because of this when planning a spring wedding for this time, a few things should especially be considered:

First of all, have a back up plan for the rain – Where will you go?  If the photographs are shot indoors will there be enough room?

Secondly, remember to bring umbrellas.. big ones! – I always preach this.  Big brollies, hopefully design free, are a must for keeping the bridal party dry on a wet day.  They can make for great photographs too if they are all the same colour and style.  I actually think clear golf umbrellas are best but if not, all white are a great alternative.  How many will you need to cover the bridal party and family for the group photos?  Where will they be kept when not needed and will they be immediately accessible when required?

Thirdly, plan to keep the bride and bridesmaids warm! – This is so important!  The bride does not want to feel like she is too cold to take photographs.  Understandably this does happen, especially with evening shots, but if it happens during the main part of the day it can really hamper getting a good variety of images for the album.  A cold bride is hard to engage and pull back into the moment.  I know it well, I hate the cold, so I totally understand how it kills that celebratory mood.

Subsequently, are open toed shoes a good idea for the bride and bridal party, when it’s a wet and rainy month? What protection will the wedding dress give against the cold?  A shrug, bridal cape or some kind of bridal cover up, is worth thinking about.  There are some great mink faux furs out there that are really classy.  It should be noted, Jackie got this right with her fur bolero which was ideal.

Finally, aim to turn park obstacles into park opportunities – Following a heavy downpour in a park you are likely to have wet grass and slippery surfaces.  Heels will sink into the soil, someone may slip over.  Have you considered getting heel covers for the bridal party?  Have you got a  back up location if the park grass is not available to you for your groups? Also, you could have large pools of water dotted around the park. Will they obstruct you from getting your groups to your planned location?  Creative photographers will use these pools and their reflective surfaces to effectively compose stunning portraits.

Due to the rain there may be less people in the park, so it could actually be a great time to shoot there!  Giving some thought to creating a weather dependent shot list, for different areas of the park, it is possible to overcome spring wedding challenges and definitely get those all important album shots you can look back on over and over again. 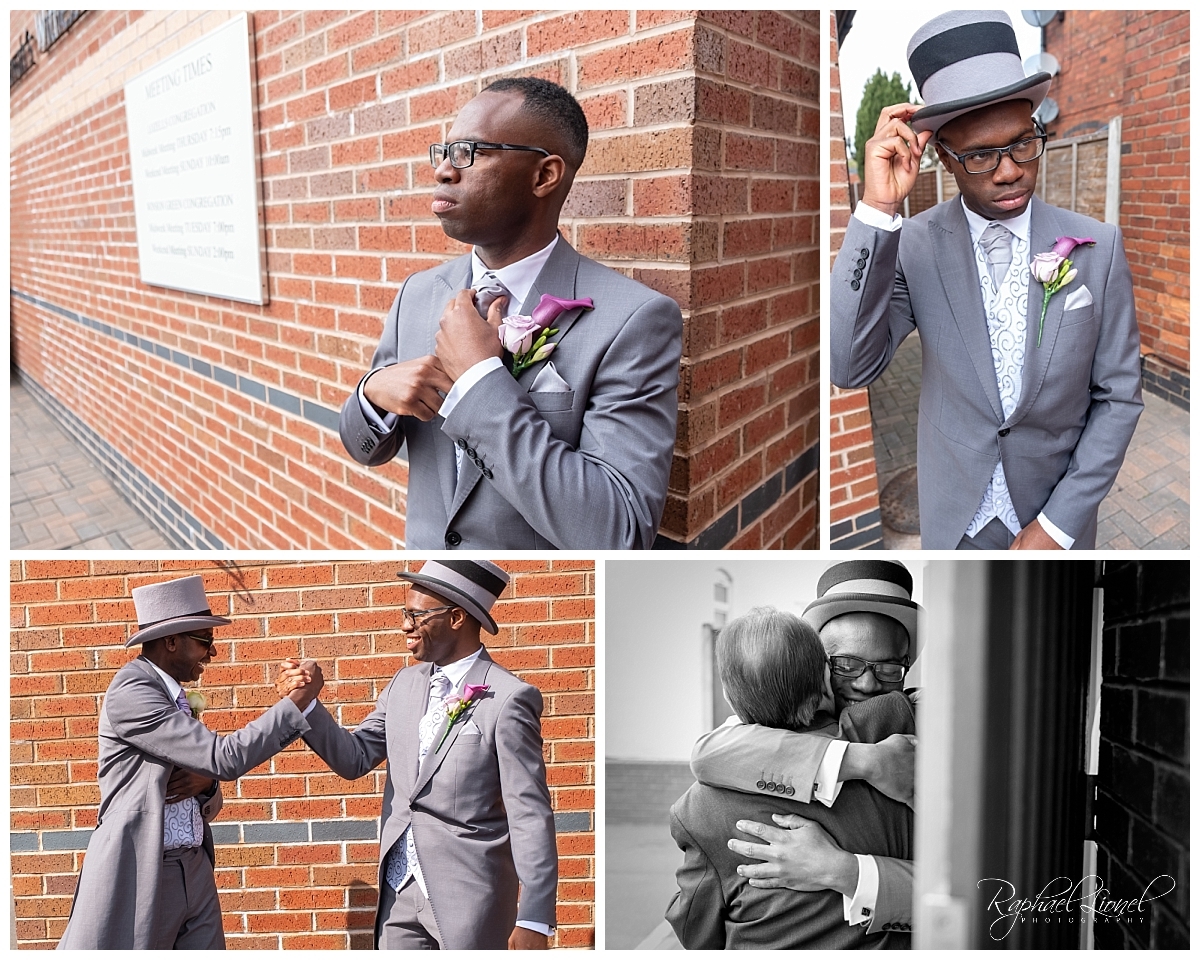 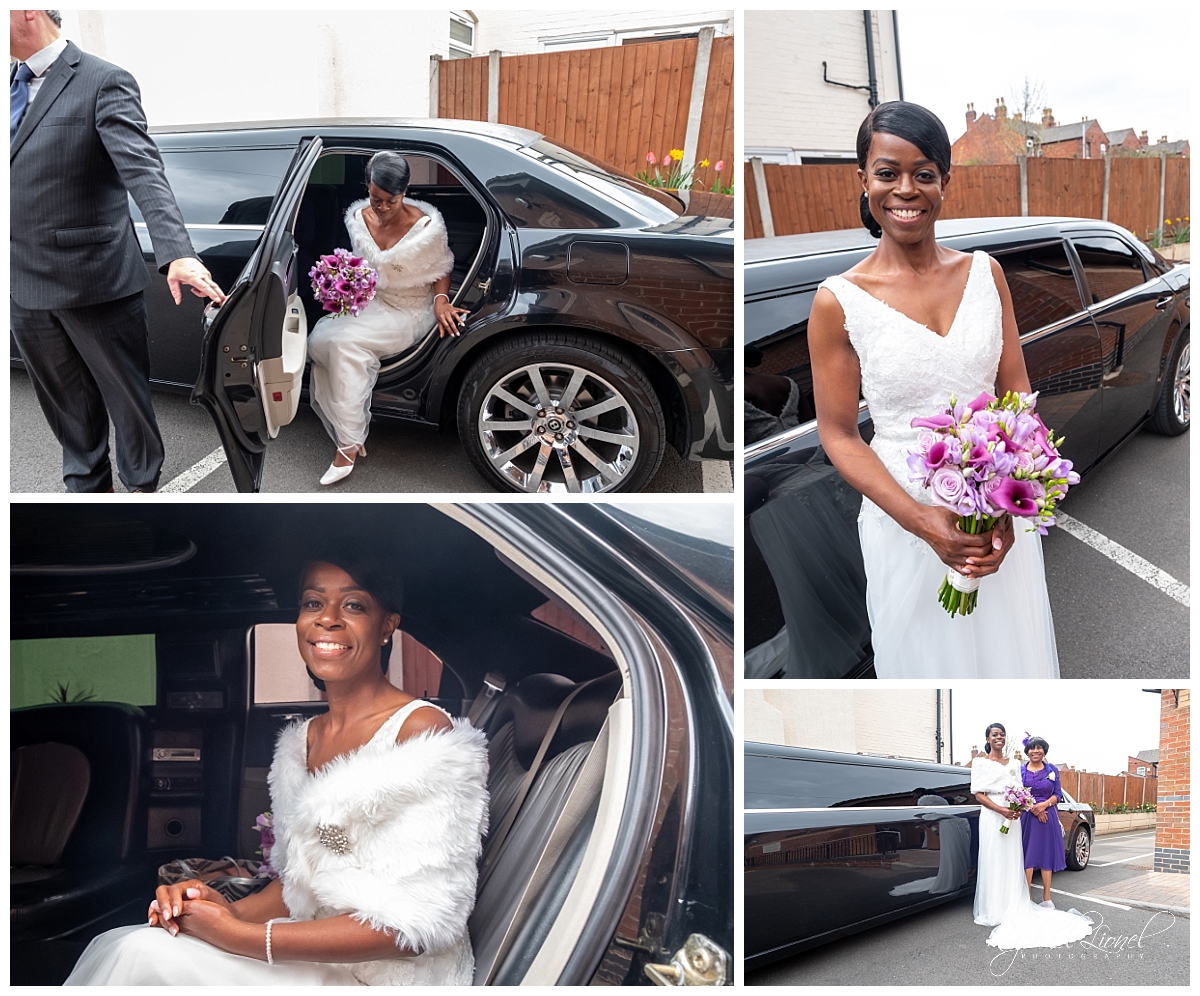 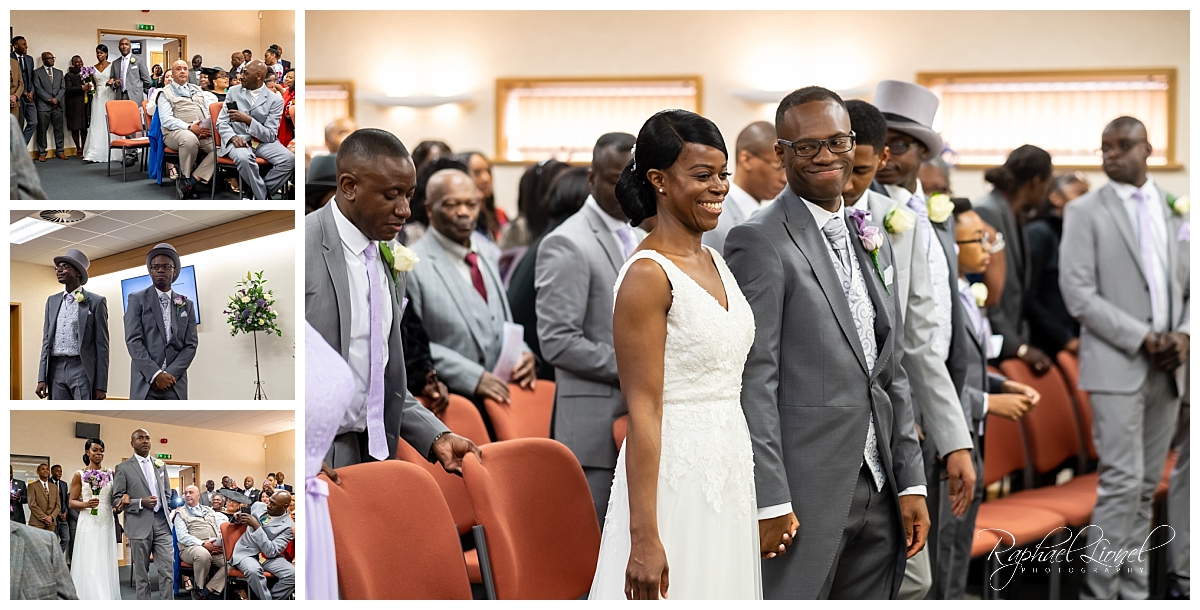 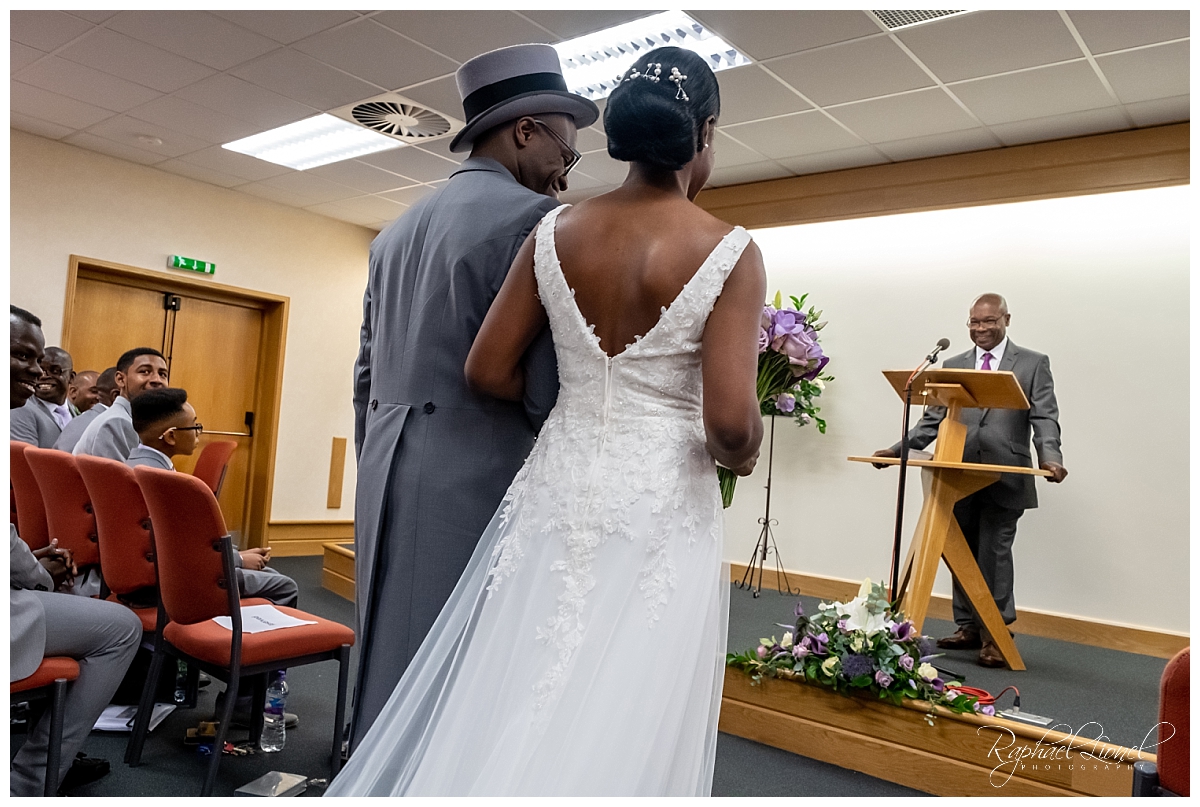 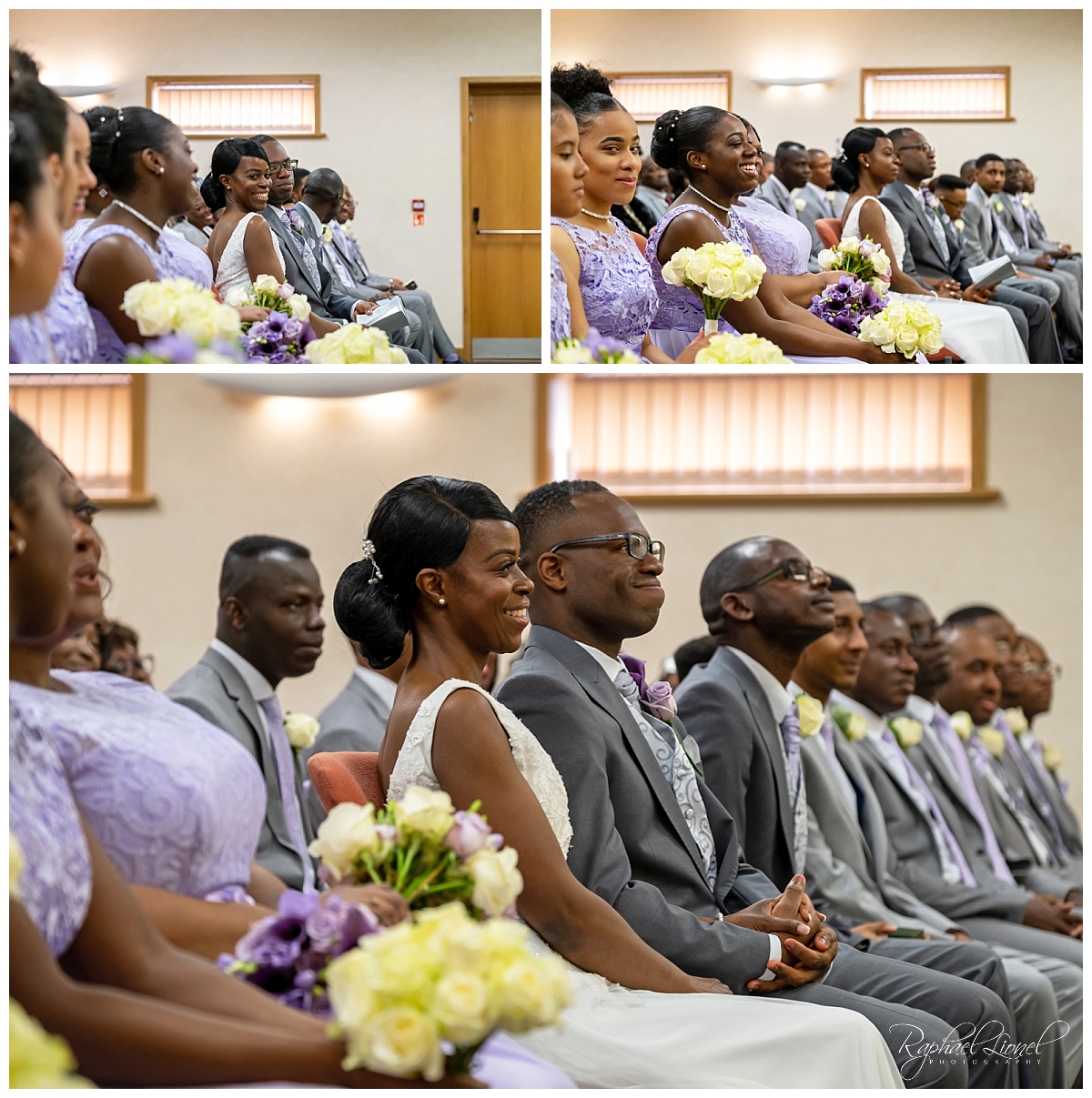 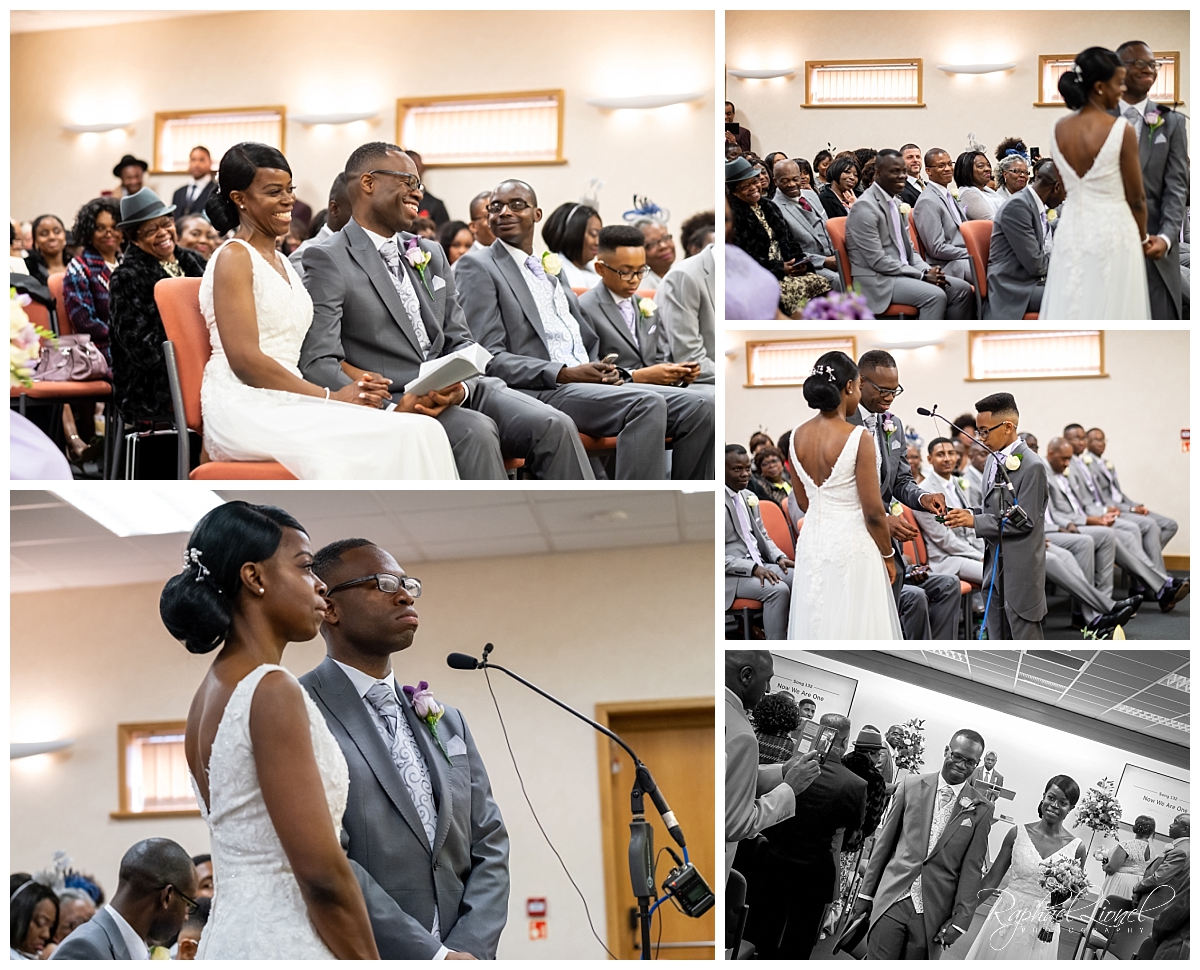 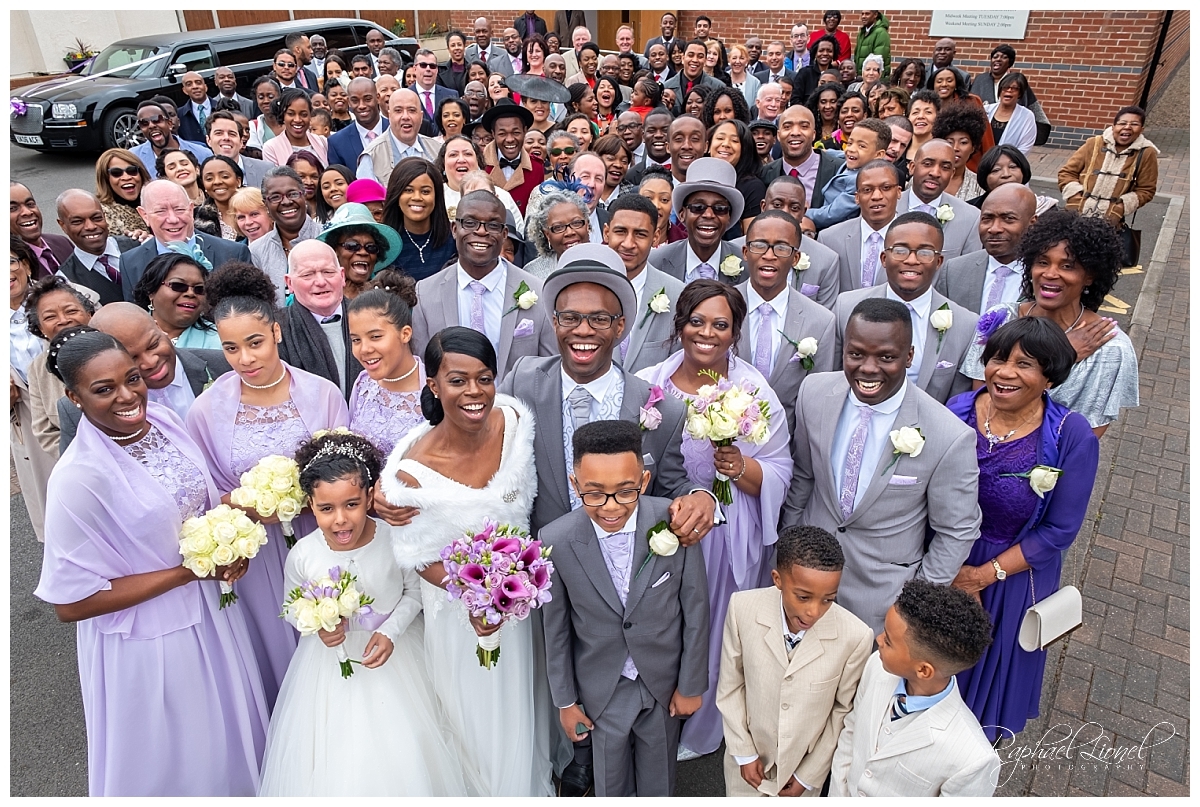 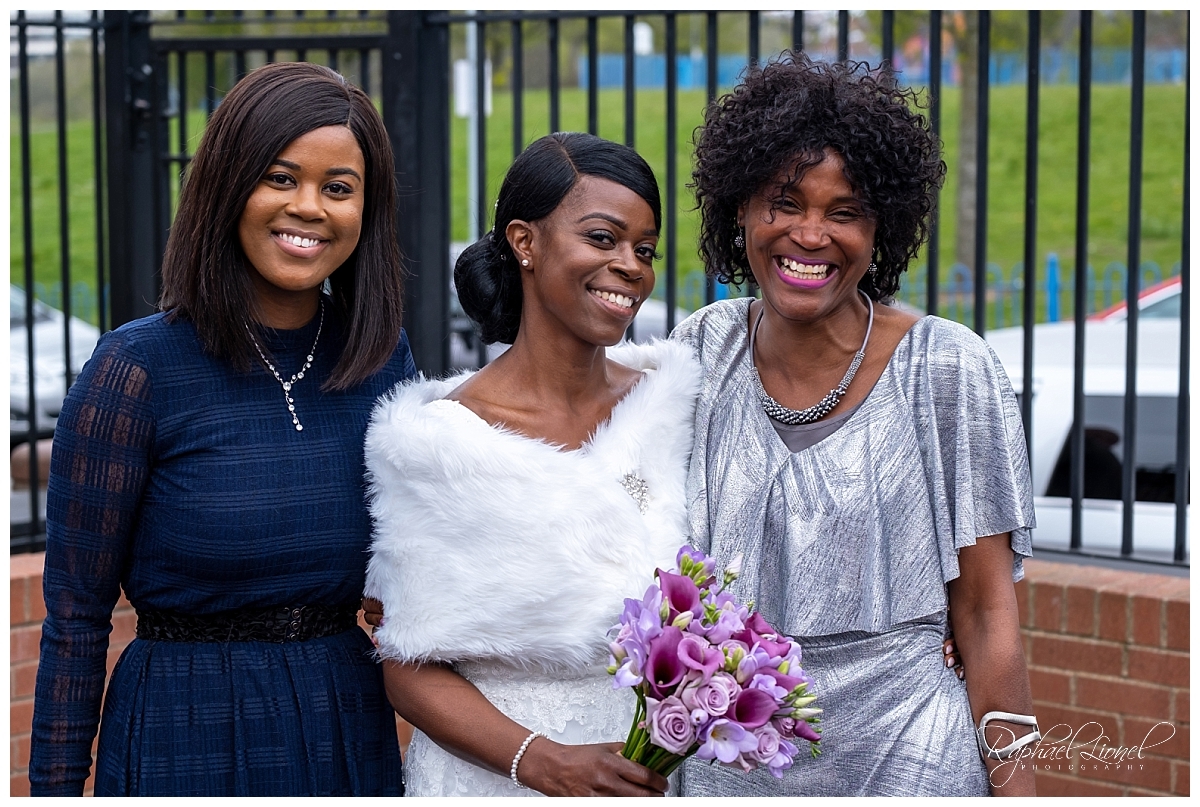 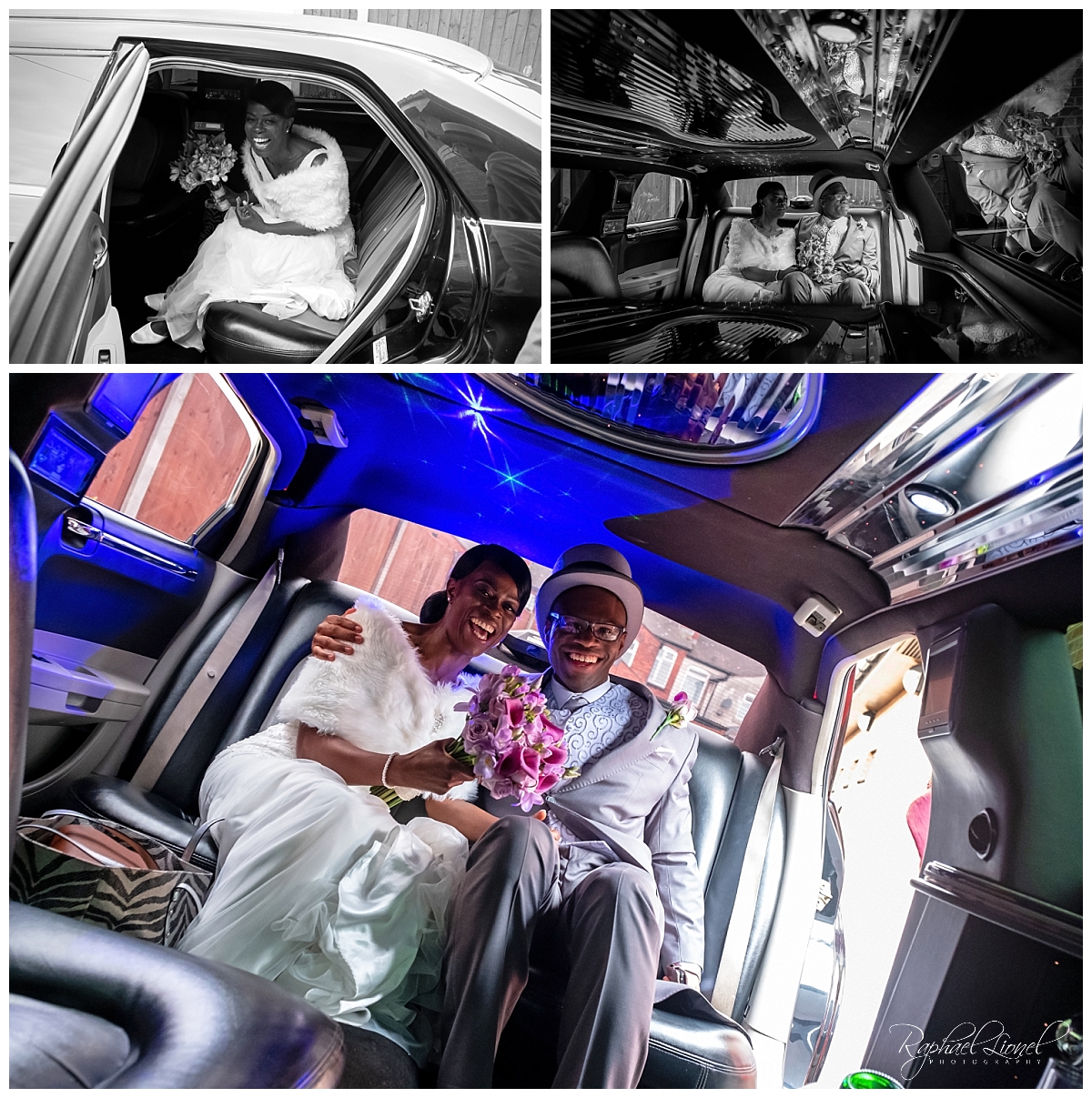 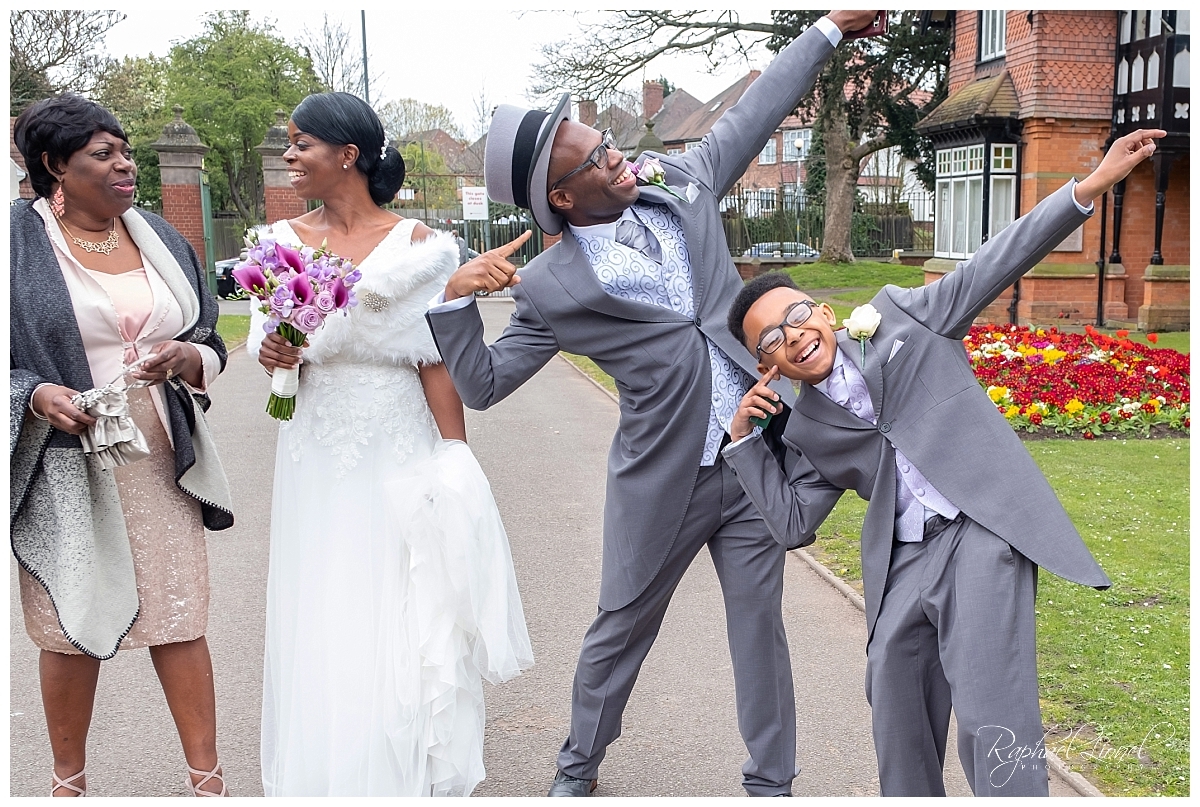 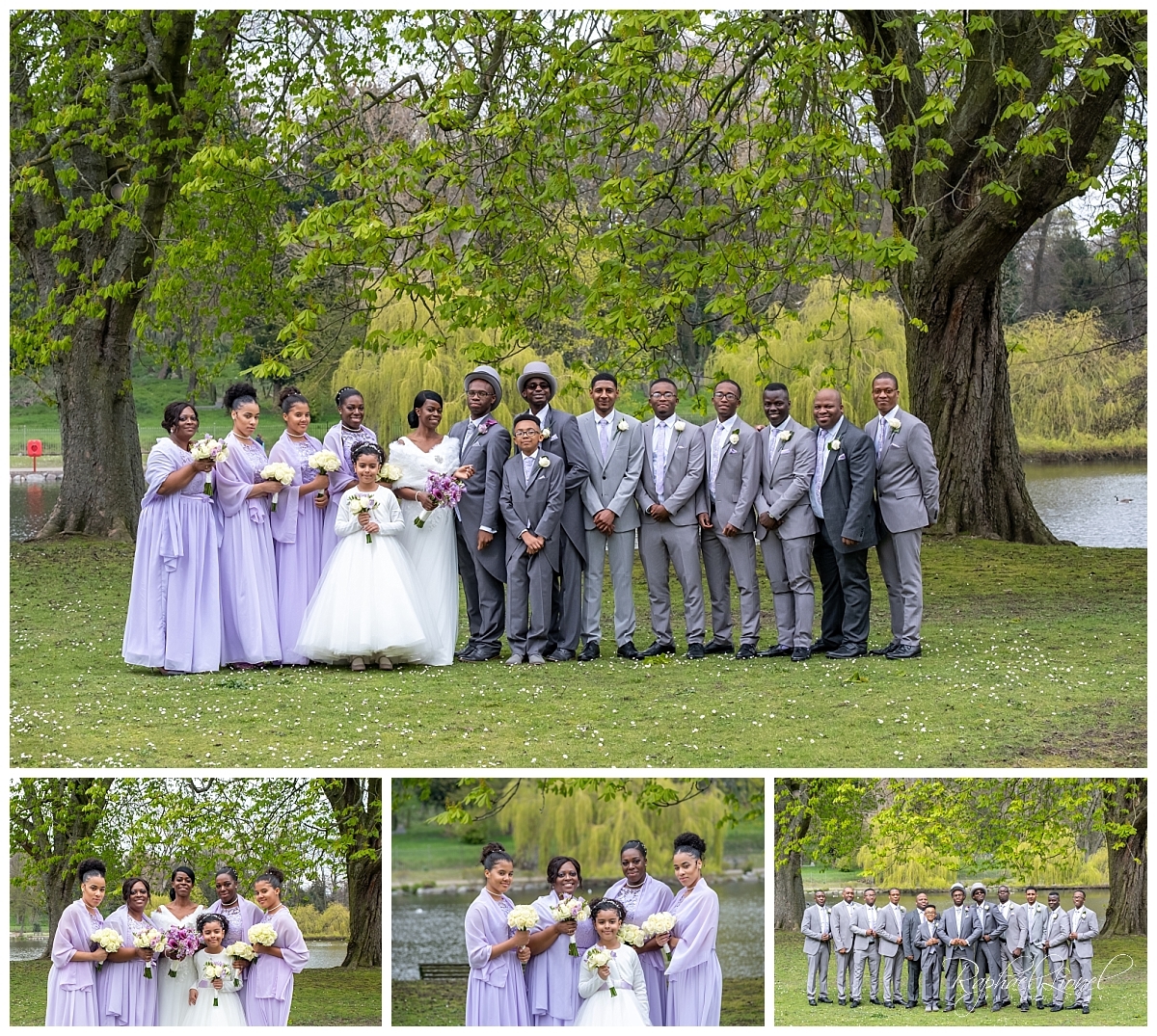 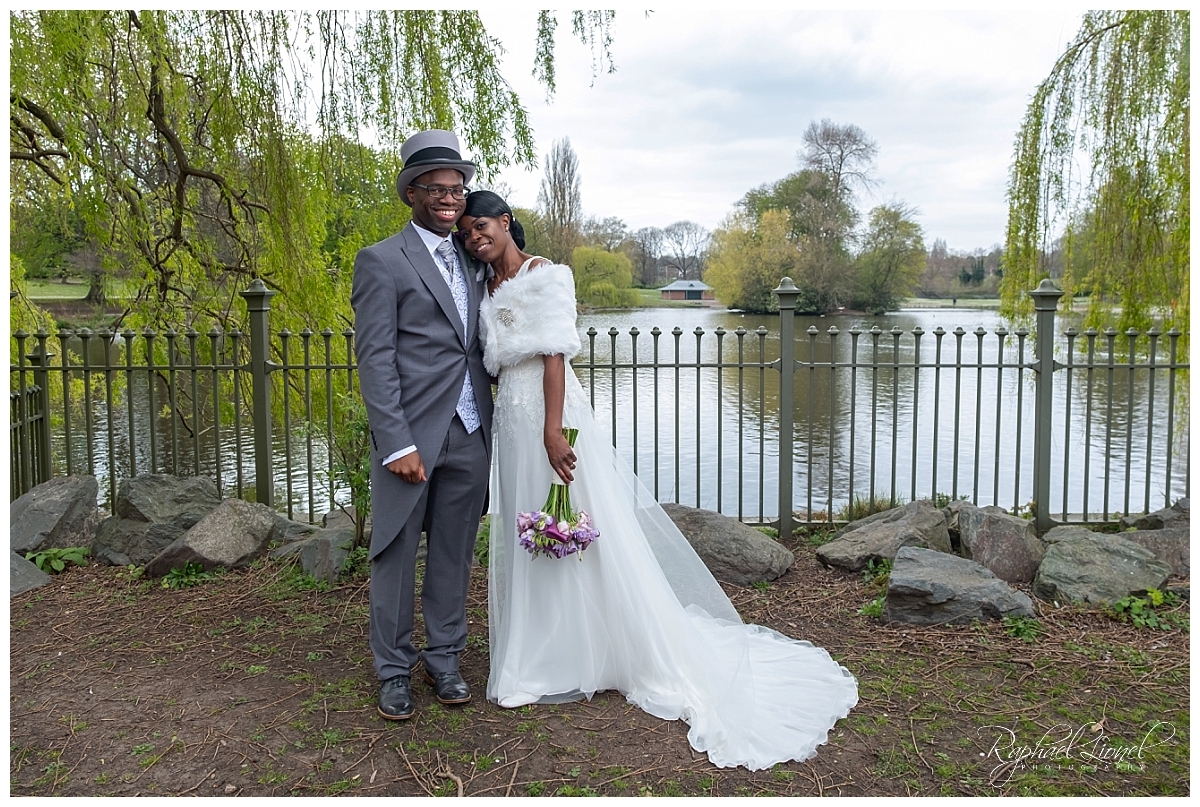 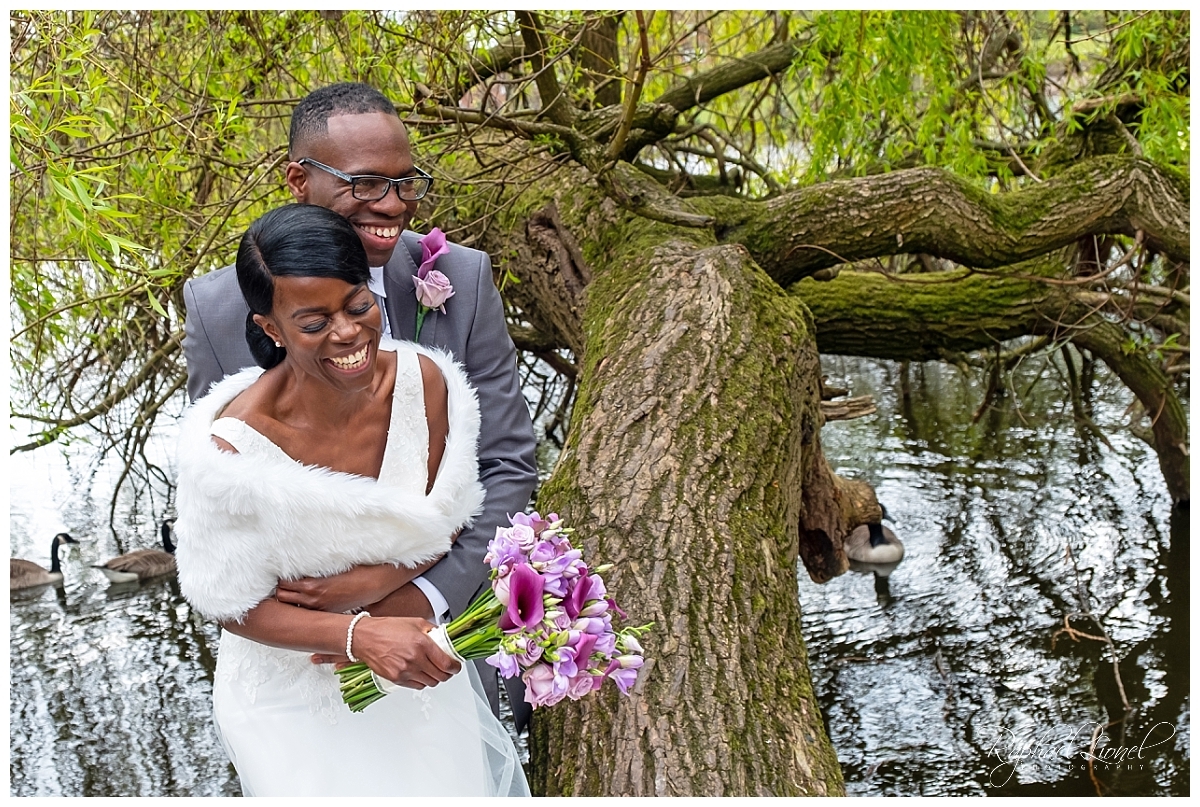 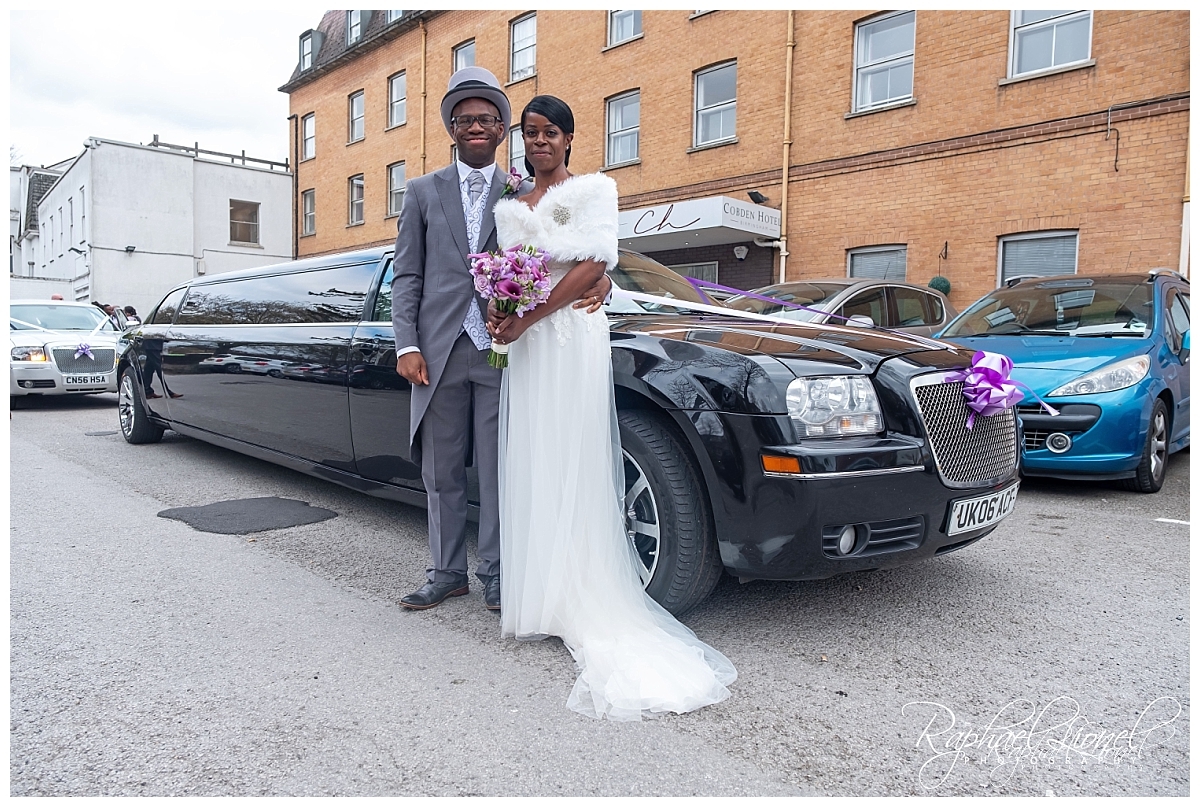 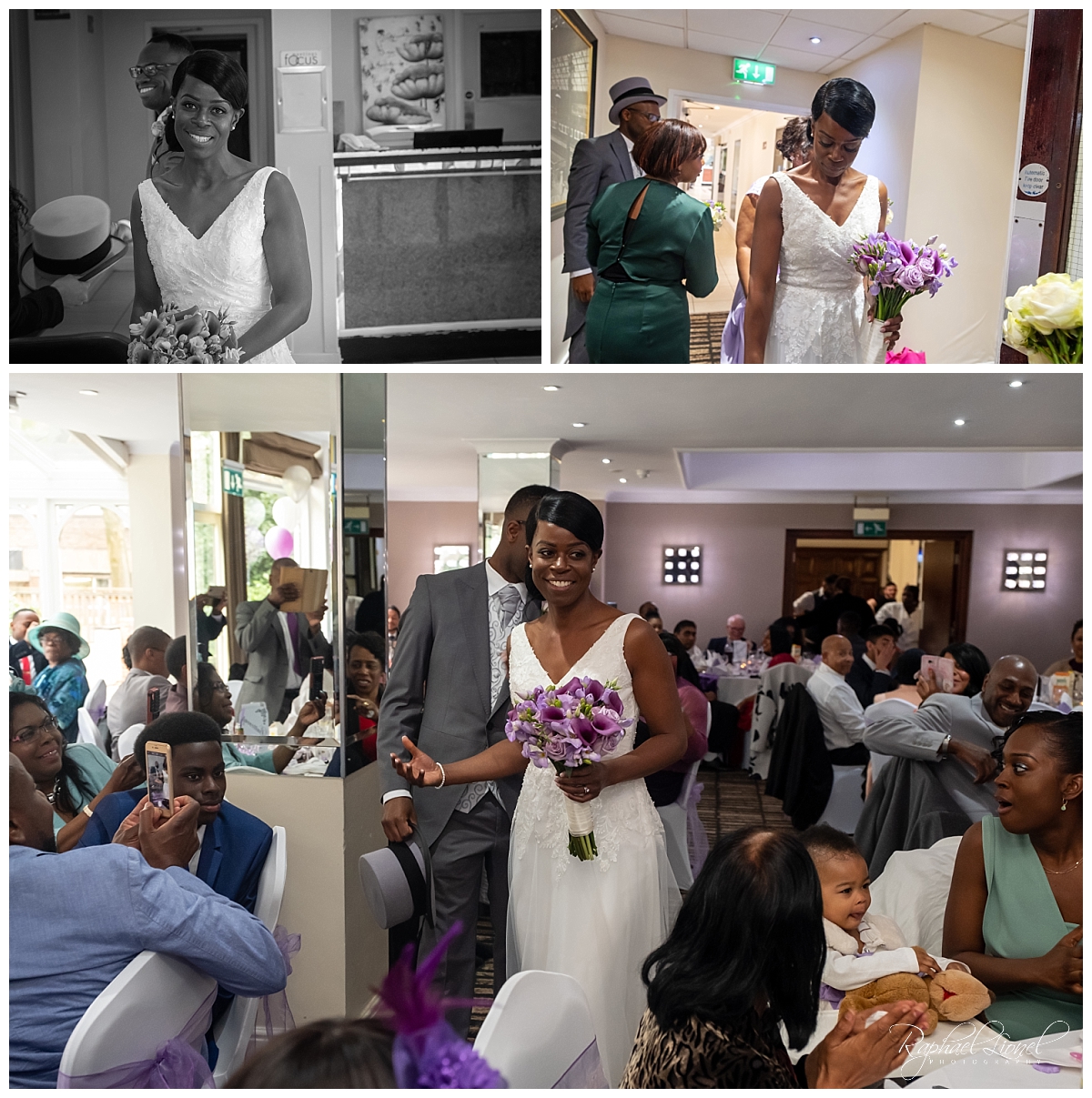 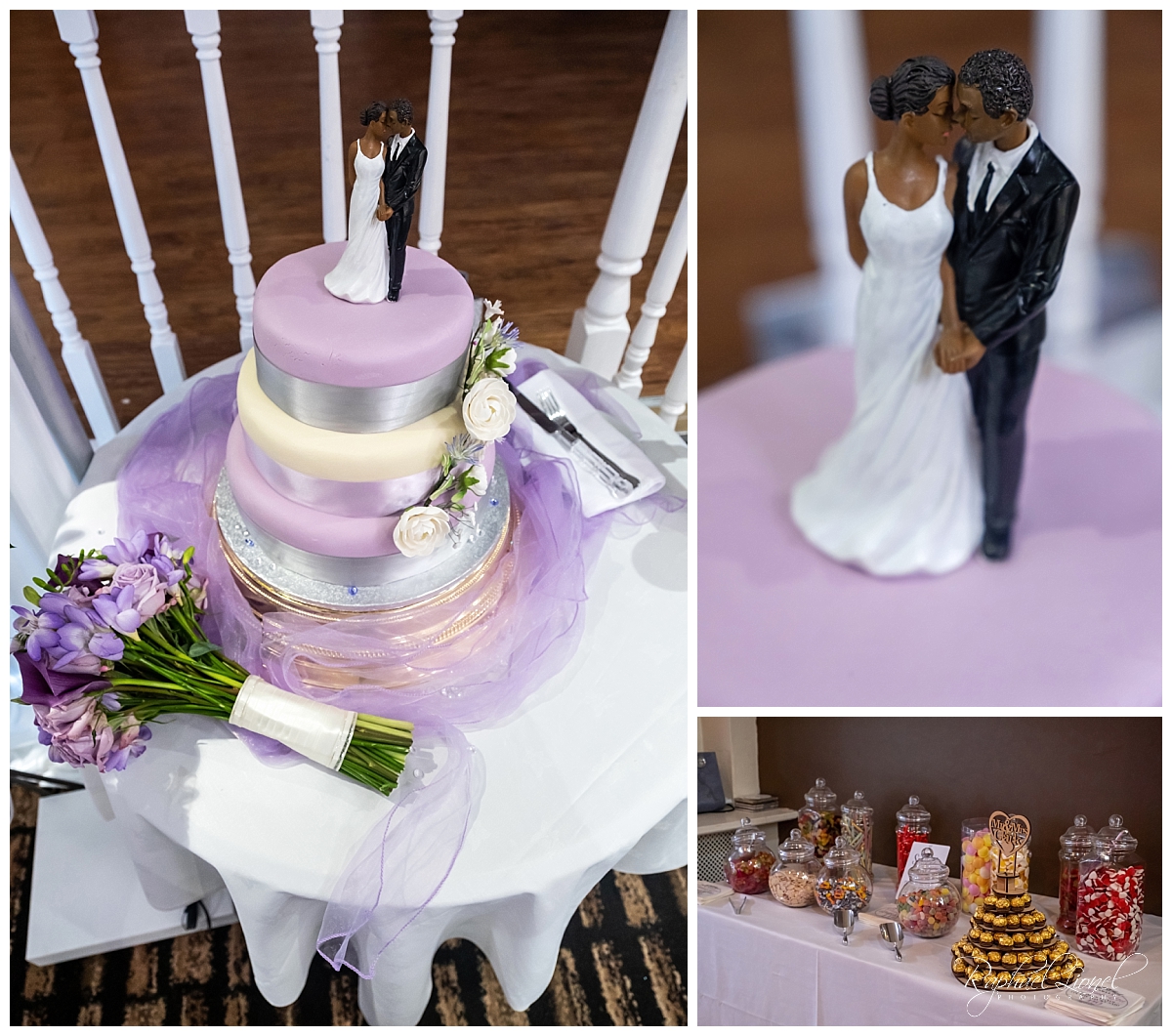 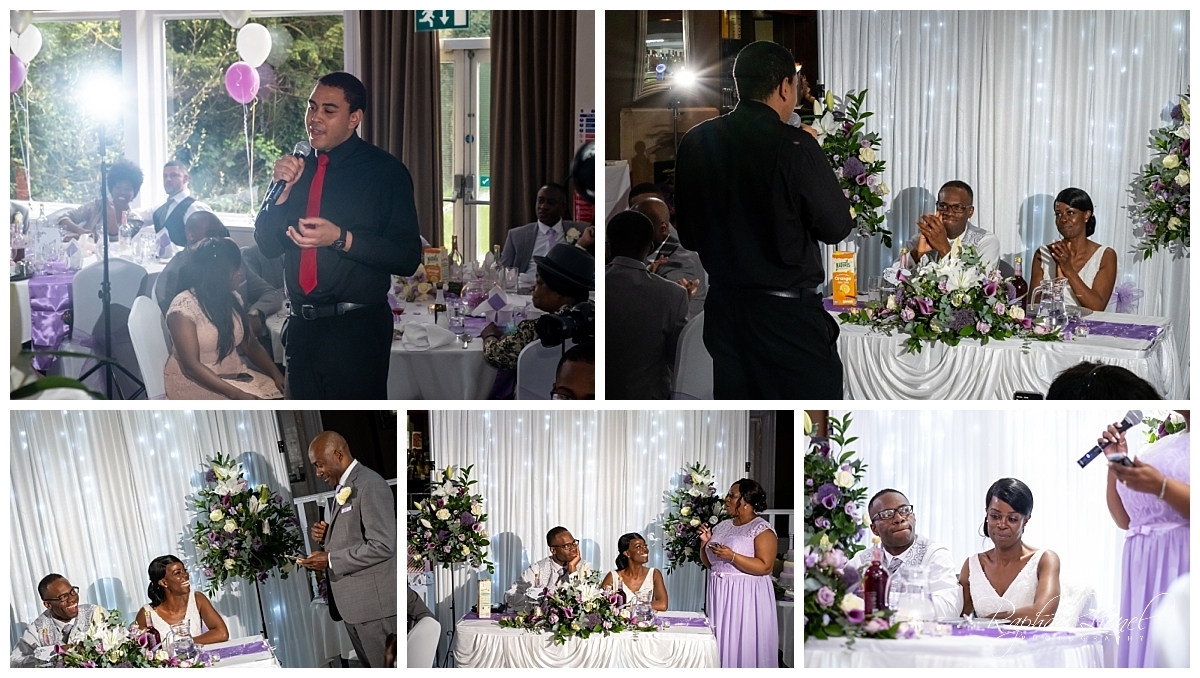 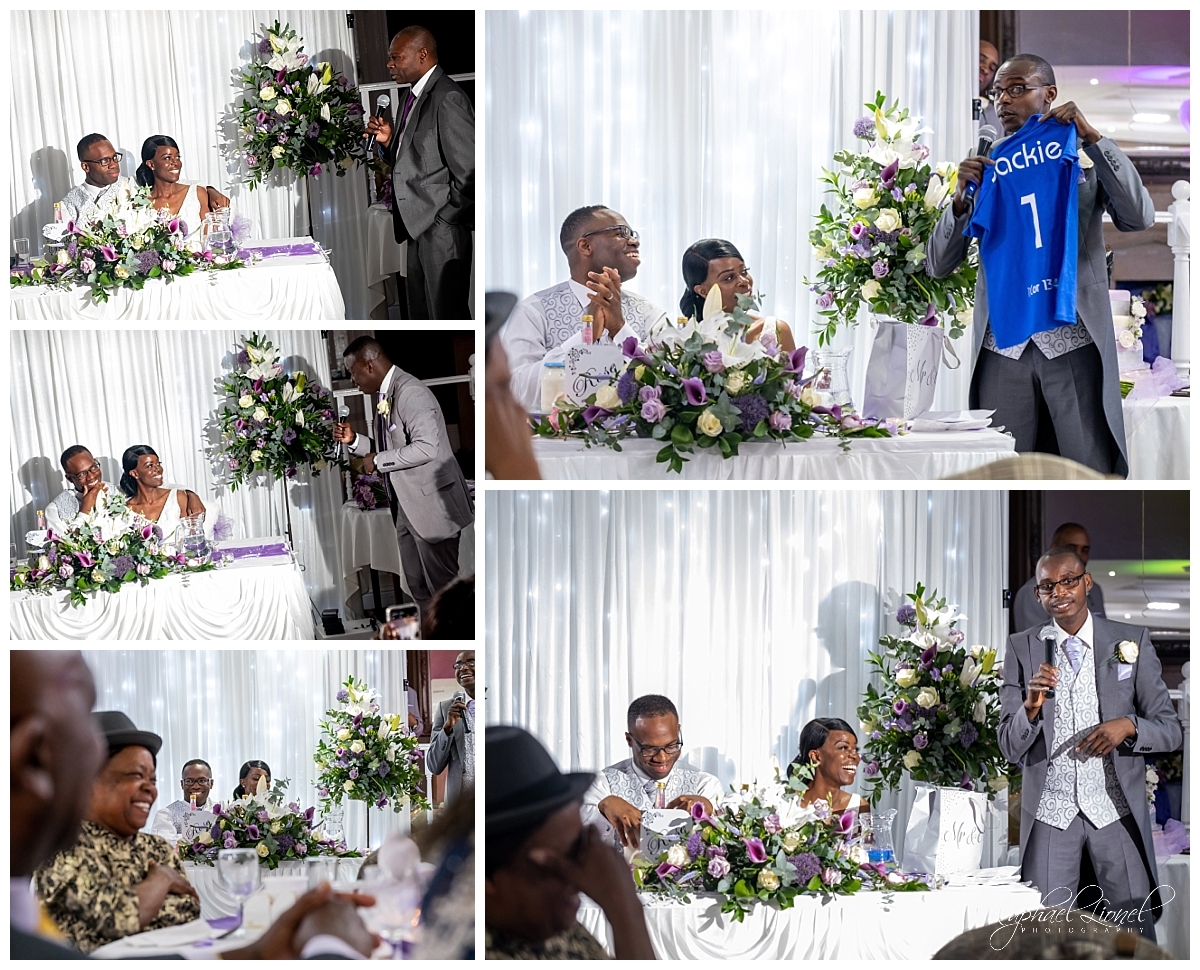 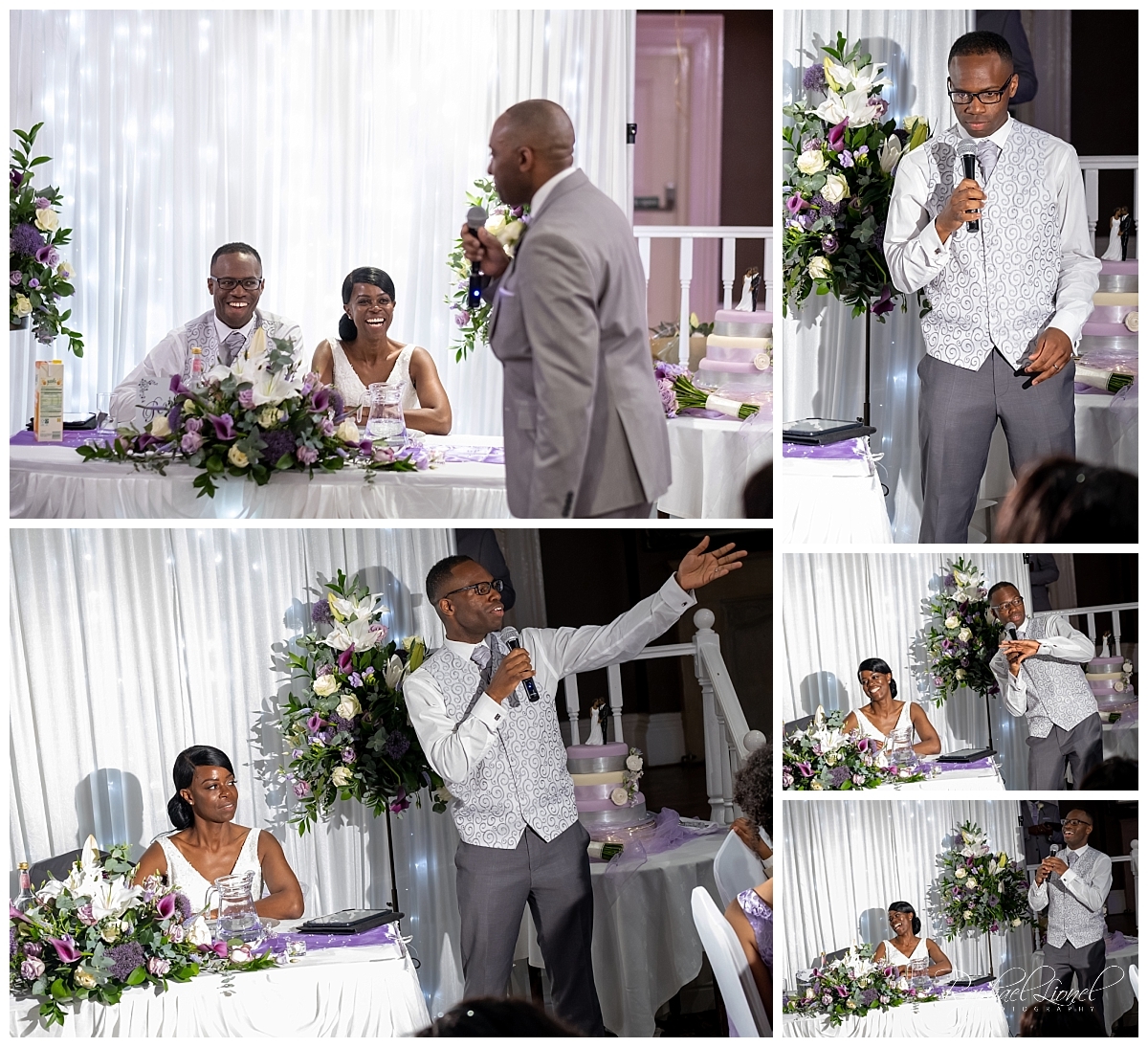 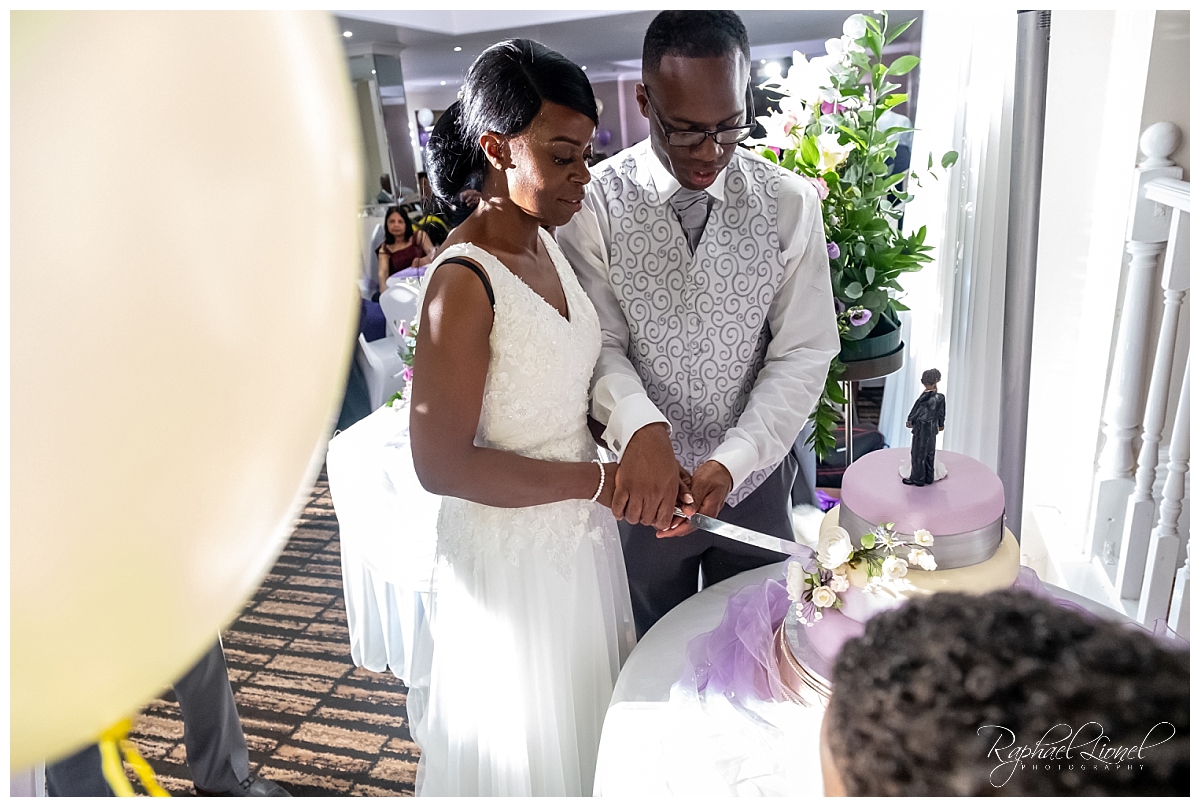 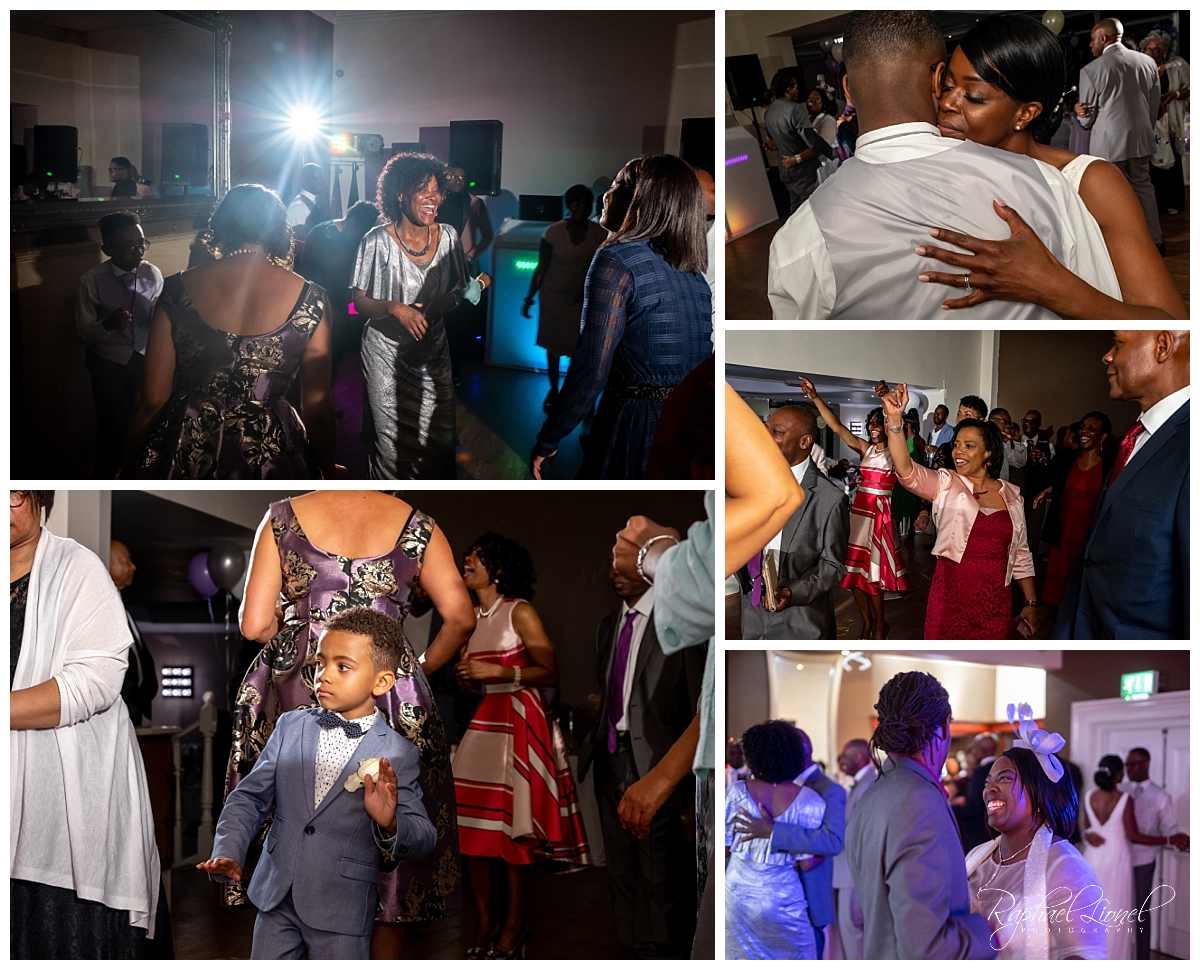 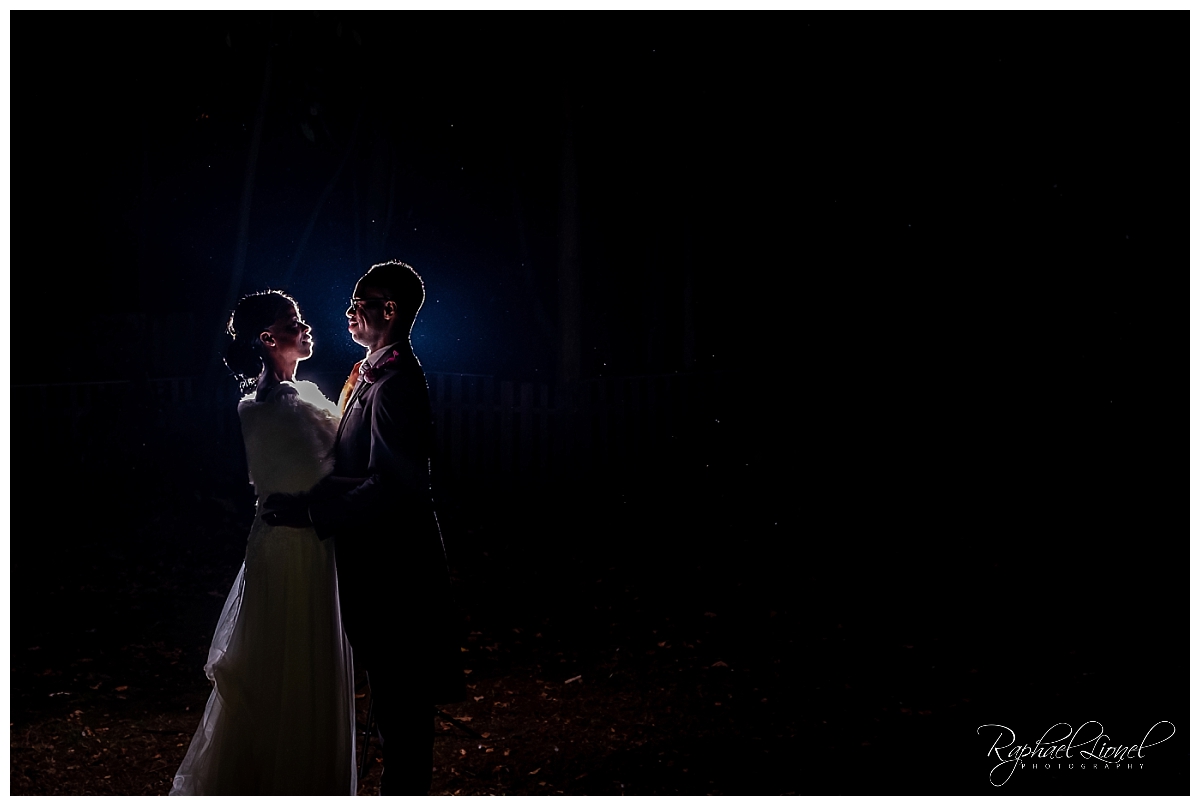 Click below to see other examples of weddings shot in central Birmingham.   Feel free to reach out to me for a copy of my pricelist via my weddings contact page. 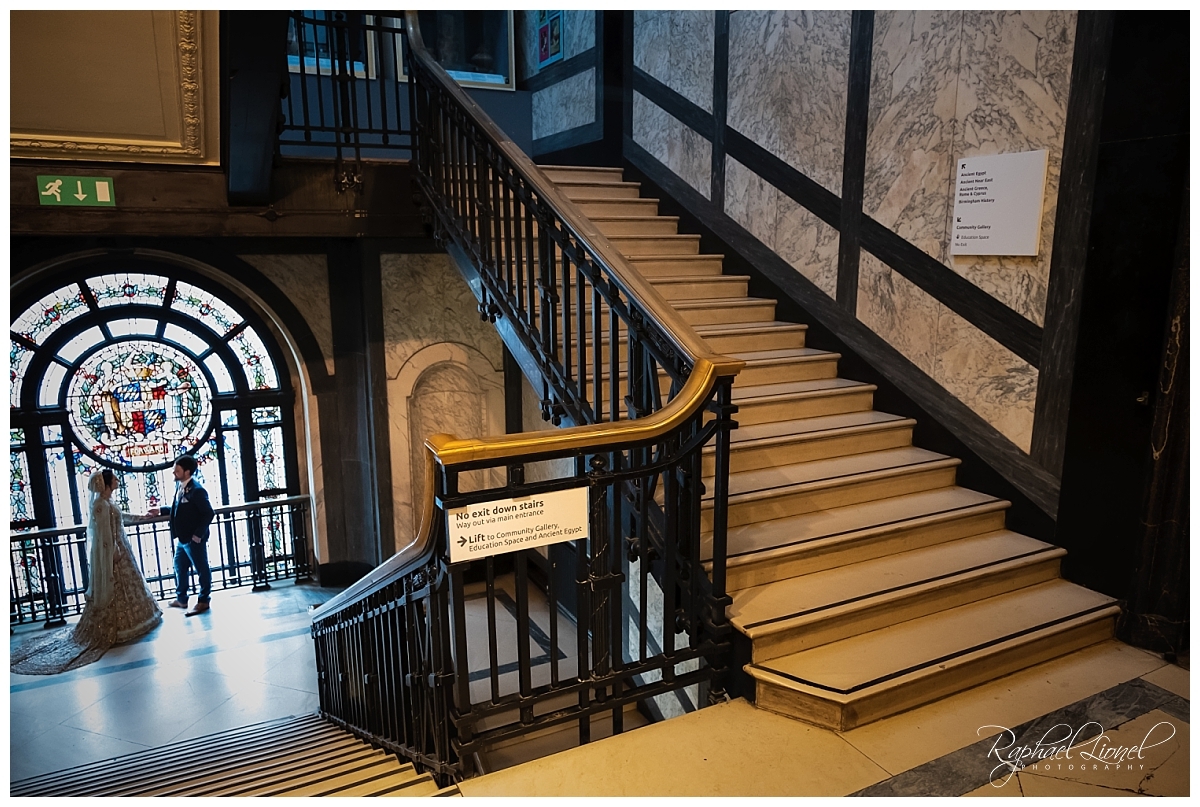 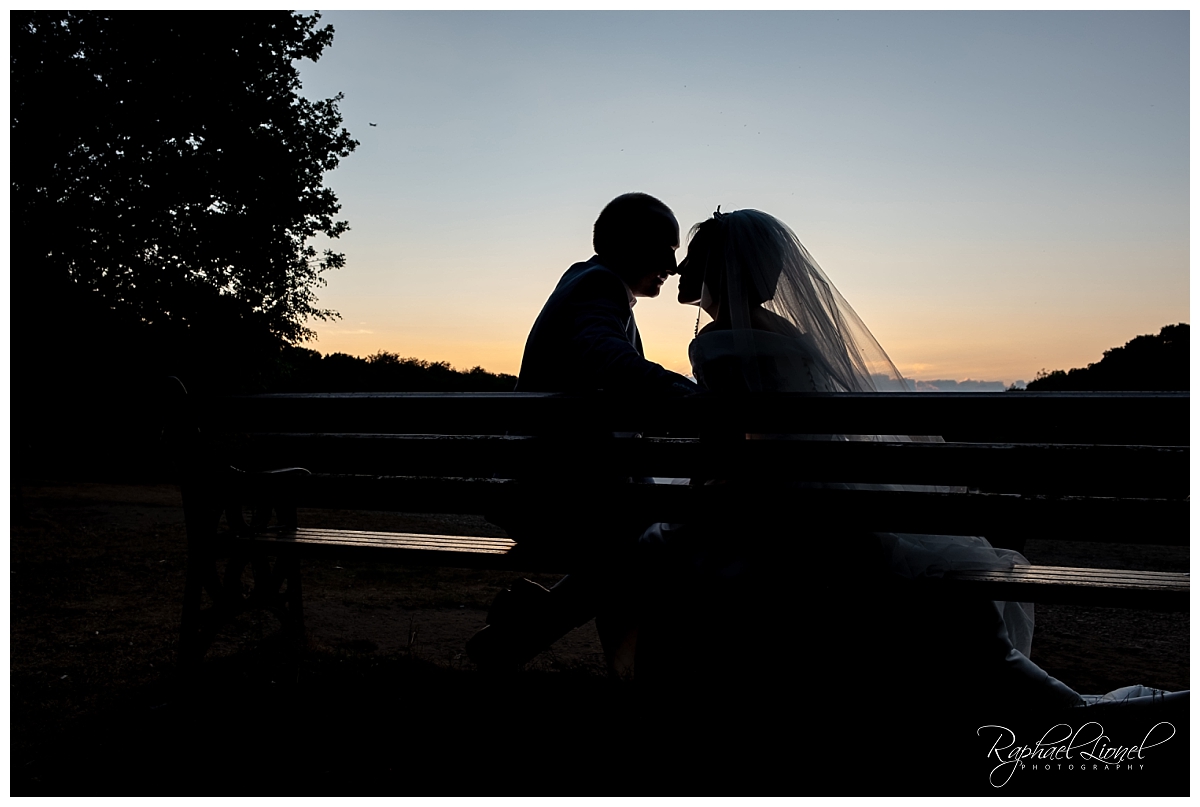 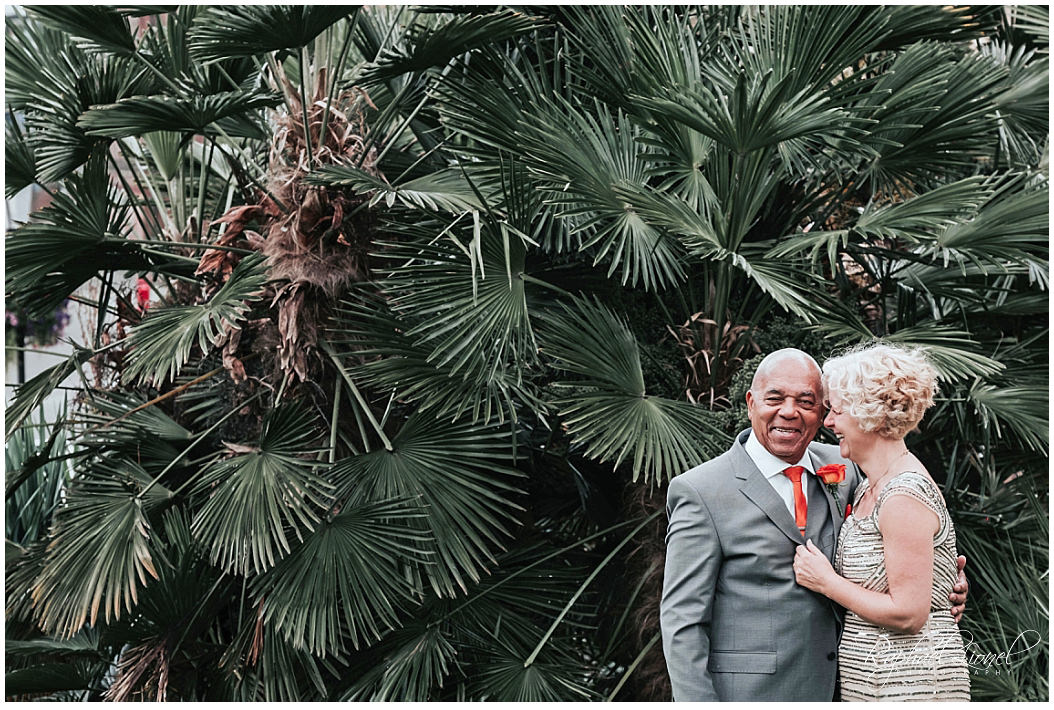